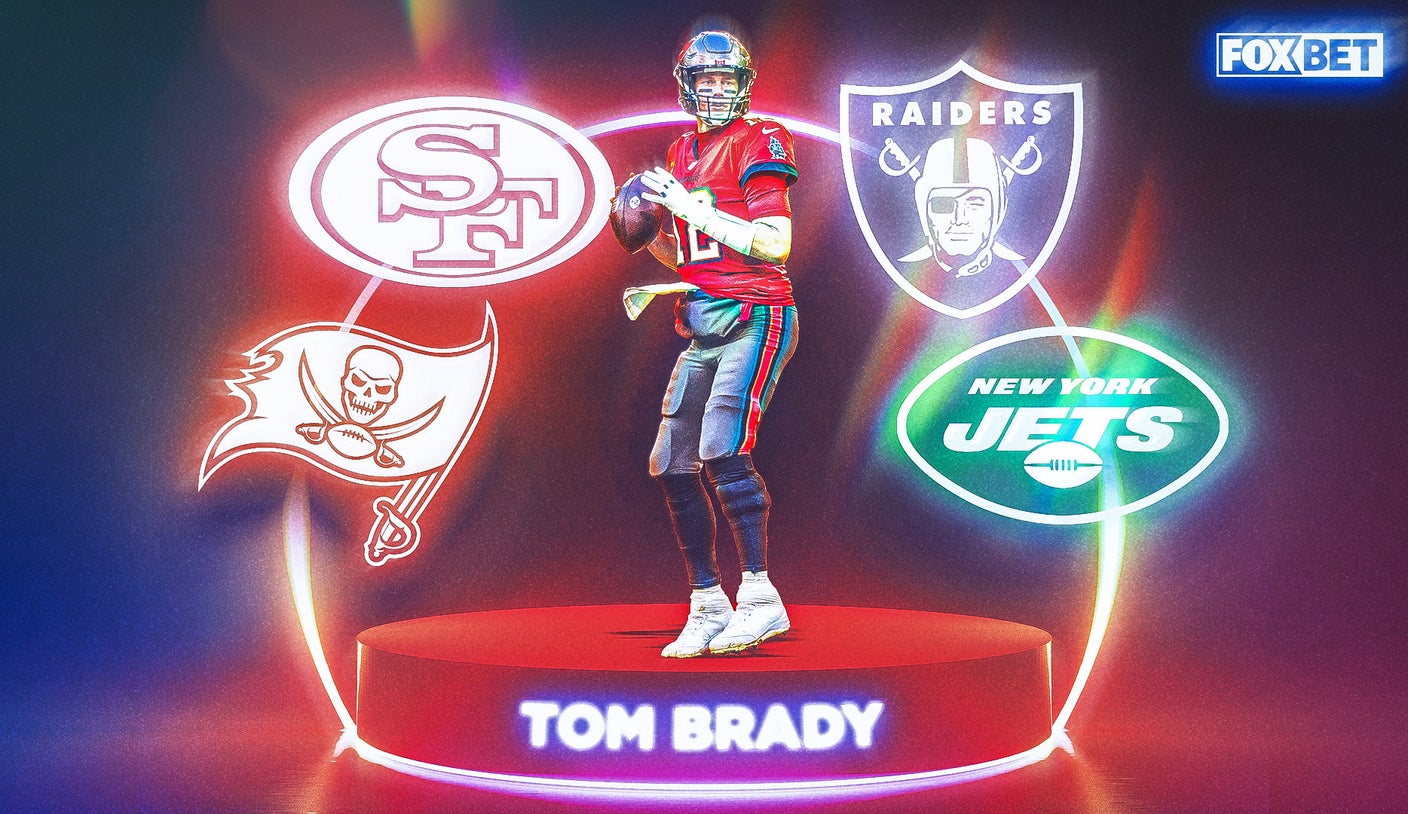 When the Tampa Bay Buccaneers’ season ended with a Super Wild Card weekend loss to the Dallas Cowboys on Monday night, much of the attention focused on Tom Bradythe future of

Will Brady play again? If so, where will it be?

The end of TB12’s postgame press conference on Monday led many to speculate that his time with Tampa Bay may be over, as he thanked those who covered him over the past three seasons. Brady will be a free agent this offseason, so leaving the Buccaneers is certainly on the cards.

Depending on what happens Lamar Jackson, TB12 might be the best quarterback available on the market this offseason. There have already been a couple of non-Buccaneers teams linked to him.

Let’s jump to the odds.

What’s next for Tom Brady after Wild Card loss to Cowboys?

Brady said he will take things “one day at a time.” Colin Cowherd predicts where TB12 will play next season.

According to the odds, Brady is favored to stay in the league for at least one more season, but there is no clear favorite as to which team he will play for next.

FOX Bet senior director of commercial operations Dylan Brossman said there are a few teams that are within a quarter of a field of being title contenders that could seek Brady’s services this offseason.

“It’s hard to imagine Brady’s last game as an embarrassing wild-card loss to the Cowboys,” Brossman said. “I wouldn’t expect a formal decision anytime soon, but ultimately I think Brady will come back for at least one more season, if he believes his team has a chance to win a Super Bowl.

“The Bucs are a good team when fully healthy, but teams like the Raiders, 49ers and Jets also believe they have championship-caliber rosters. Look for Brady to join whoever he thinks gives him the best chance add one more ring.”

If TB12 is looking to win its eighth Super Bowl, four teams rank above the rest in the FOX Bet odds for that reason.

Brady won a Super Bowl in his first season with the Buccaneers in 2020 and won the division with them the last two seasons. They should still have some good talent around them, as receivers Mike Evans and Chris Godwin are under contract while they wait for the offensive line to get healthier in 2023.

The Raiders are reportedly making Brady their top priority as they look to replace Derek Carr this offseason. There are a few things that might attract Brady to Sin City. His longtime offensive coordinator with the Patriots, Josh McDaniels, is the head coach of the Raiders, and they have a ton of offensive talent. Front Adams might be the best receiver in the league, while Darren Waller and Hunter Renfrow have proven to be good pass catchers. Back running Josh Jacobs he’s a free agent, but if he stays, Brady would have the league’s best running back in the backfield if he chose to join the Raiders.

San Francisco offers the chance for Brady to possibly end his career at home and with the team he rooted for as a kid. The 49ers are loaded with talent, with Christian McCaffrey, Deebo Samuel, Greg Kittle and Brandon Aiyuk all dynamic players, and San Francisco’s defense is arguably the best in football.

The 49ers are already a title contender as they have the No. 2 seed in the NFC playoffs. Would they trade rookie Brock Purdy, who has yet to lose as a starter, and Trey Lance, who they selected with the third pick in 2021, for the 45-year-old legend? This is the question that begs to be answered.

The Jets may be a smaller version of the 49ers, but the team still has a solid roster outside of quarterback. Their defense was also one of the best last season, while their offense features young playmakers in Garret Wilson and Breece Hall. The team appears to be in the market for a quarterback, as the Zach Wilson experiment hasn’t worked out for them so far.

Another team with some potential is the Titans, who offer something similar to the Raiders. Brady could be reunited with coach Mike Vrabel, with whom he played for the Patriots for eight seasons while playing for a team that made the playoffs the previous three seasons before 2022.

Finally, Indianapolis would be interesting, considering that Brady could play in the place where his rival, Peyton Manning, spent most of his career. The Colts likely won’t compete for a title in 2023, however, as they finished 4-12-1. Nothing one of the greatest quarterbacks of all time can’t change, right?

So where will TB12 end up? Stay tuned FOX Sports for the latest on one of the biggest stories of the NFL offseason.