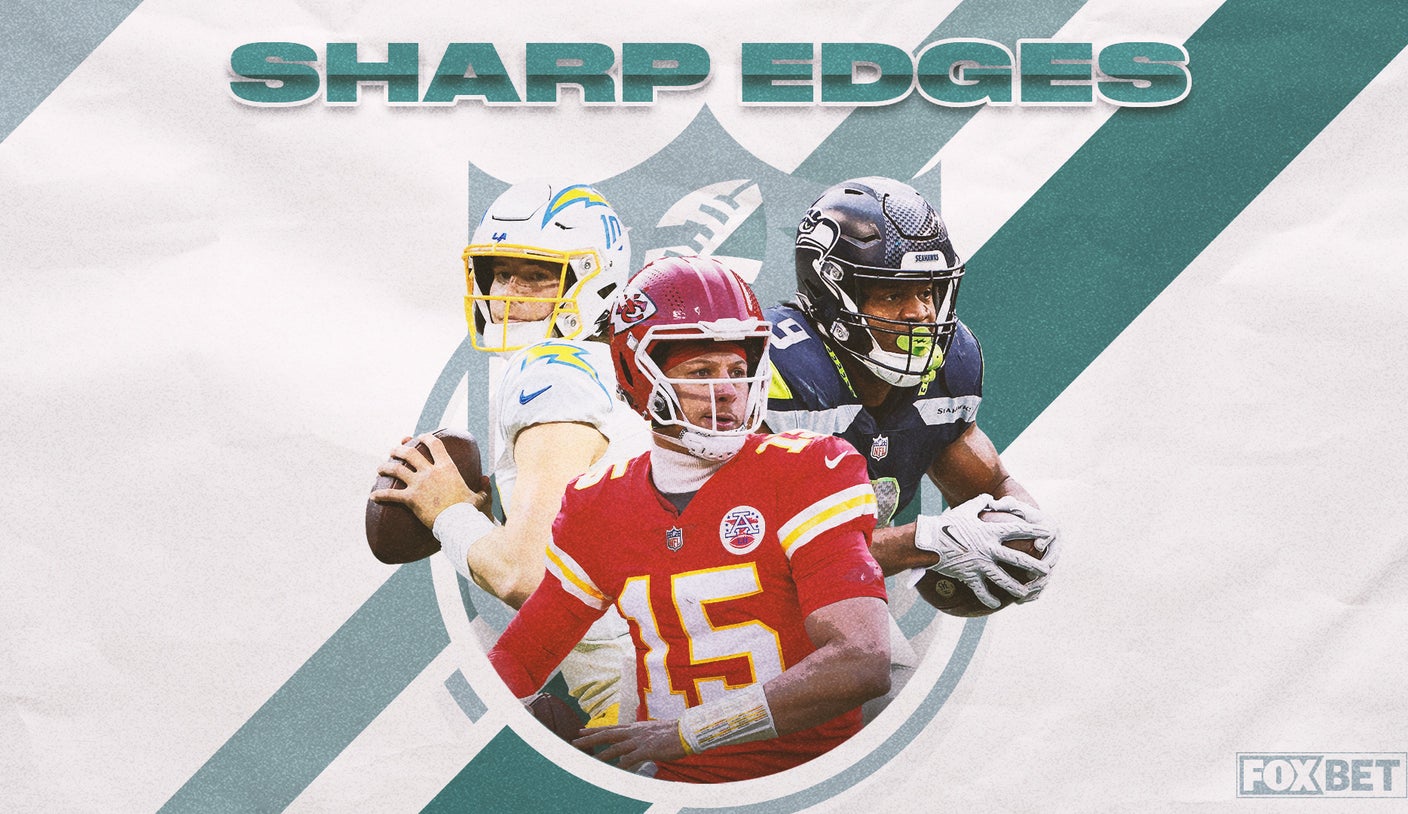 This week’s NFL slate has some great matchups in store, including Rams-Seahawks on FOX and the FOX Sports app.

I ran my models to give you my favorite betting odds and predictions for Week 18 of the season. My goal for this weekly column is to always bring you nuggets that you didn’t know before reading this article.

As the playoff picture tightens, let’s take a look at my favorite edges of the week (likely courtesy of Bet FOX).

Last week, the Raiders narrowly lost to the 49ers.

Teams are 0-14 straight (SU) and 3-10-1 against the spread (ATS) in the week after playing the 49ers. The 49ers style just absolutely wears your defense down, and on defense, their physicality in the trenches drains your offensive line more than most opponents.

However, there are some reasons for optimism for the Raiders.

That was the highest rate any QB threw the ball deep last week.

This Raiders offense is much healthier with the return of Hunter Renfrow and Darren Waller. Make no mistake, this offense is going the way Davante Adams is going, but having other options certainly helps the Raiders’ passing attack upside.

This is a perfect place to buy low on the Raiders, because the last three weeks, they’ve done nothing but play top-10 defenses in the 49ers, Patriots and Steelers. Now, they get to play a bottom-10 defense, the 23rd-ranked Chiefs, who have played the fifth-easiest schedule against opposing offenses this year.

Meanwhile, the Raiders offense has played the fifth toughest schedule of defenses.

And now that Josh McDaniels sent Derek Carr packing, he seems to want to prove that the problem with this offense was Carr, not McDaniels. The passing game was much more aggressive, and I guarantee McDaniels will empty the chamber with offensive plays in the final game of 2022.

On the other side of the ball, the Chiefs will face the 31st-ranked Raiders defense, which has played the easiest opposing offense schedule in the league, meaning it’s extremely difficult to rank this poorly on such an easy schedule.

The Raiders have run just three offenses all year other than the Chiefs that are average or better:

In addition to the 30 points conceded to the Chiefs earlier this season.

Patrick Mahomes is just 429 yards away from the all-time passing record, and I fully expect the Chiefs to pass early and often against this terrible Raiders secondary. I bet over when it was at 50 points, and while I don’t see enough value at 53 points, I would still lean and potentially target more than 26.5 in the first half.

Watch him explain where Dallas falls in his rankings and whether he believes in Dak Prescott’s ability to make a deep playoff run.

This game is as simple as they come from a betting perspective. Chalk it up to one of the many ways the NFL completely botched its schedule for Week 18.

Originally, the desire to stop announcing the start time of games was attributed to the desire to group games that impact each other in the same time slot, so that no team would decide to put the starters on the bench before the start.

By playing the Chiefs game before the Bills game, Buffalo can no longer win the 1-seed if the Chiefs win, and can approach their game differently against the Patriots.

By playing the Ravens game before the Chargers game, the Chargers will know if they are locked into the highest possible seed (5 seed) if Baltimore loses. And if the seven-point Ravens lose to the Bengals, which seems likely based on the spread, the Chargers likely sit every key player.

Unfortunately, the extreme value is no longer the same, but the moneyline is still correlated and could be a bet that is +EV.

See analysis and recommendation above.

This game probably doesn’t see either team resting their starters, but there is an interesting dilemma.

The following assumes the NFL does not replay the Bengals vs. Bills game and simply uses winning percentage to seed teams for the AFC playoffs.

If the Bills beat the Patriots to earn the 2-seed, that will lock the Bengals into the 3-seed, regardless of the outcome of that game.

And in a unique situation, the Bengals, as a 3 seed, would then face the Ravens, who would be a 6 seed, in the first round of the playoffs.

(Note that the only way the above scenario doesn’t happen would be a Ravens win combined with a Chargers loss.)

So those teams will potentially play this week and again next week.

It would be an odd situation to be sure, and would likely cause both teams to make some adjustments to their strategy, understanding that revealing too much of their best game plan would allow their opponent to make adjustments for playoff play.

These two teams met earlier this season in the Ravens’ 19-17 win in Baltimore. The game was a big revenge spot for the Ravens, who had allowed 41 points in turnovers to blow out the Bengals in both games in 2021.

If there’s a chance either team decides to bottle up their offensive game plan in some way, a look down the stretch might be enticing.

How Seahawks built a formula, Jets future plans at QB

Colin Cowherd evaluates both teams, explaining Seattle’s formula and what the Jets should do with the QB position moving forward.

Since this game is a must-win situation for the Seahawks to make the playoffs, the line naturally swells in their favor.

Especially since the Rams are already out of the playoffs.

But the Rams are 4-0 ATS in their last four meetings against the Seahawks, and after playing a tough game against an up-and-coming Chargers team that has improved both defensively and offensively, the Rams may be in a strong position to regain the his role as an underdog. .

And I can guarantee that former Seahawk Bobby Wagner would love nothing more than to keep his former team out of the playoffs.

The Rams’ Cam Akers has been going strong, averaging 5.7 YPC over the last three games. And the Seahawks’ defense has proven problematic at times.

But that pales in comparison to the Rams’ run defense, which allowed a season-high 192 yards to the Chargers, a team that doesn’t even run the ball that often and has allowed more than 100 yards in each of its last four games. after previously allowing 100 rushing yards just four times this year.

Warren Sharp is an NFL analyst for FOX Sports. He is the founder of Sharp Football Analysis and has worked as a consultant for major league franchises, while also previously contributing to ESPN and The Ringer, among other outlets. He studied engineering before using his statistical acumen to create predictive football models. You can follow Warren on Twitter at @SharpFootball.