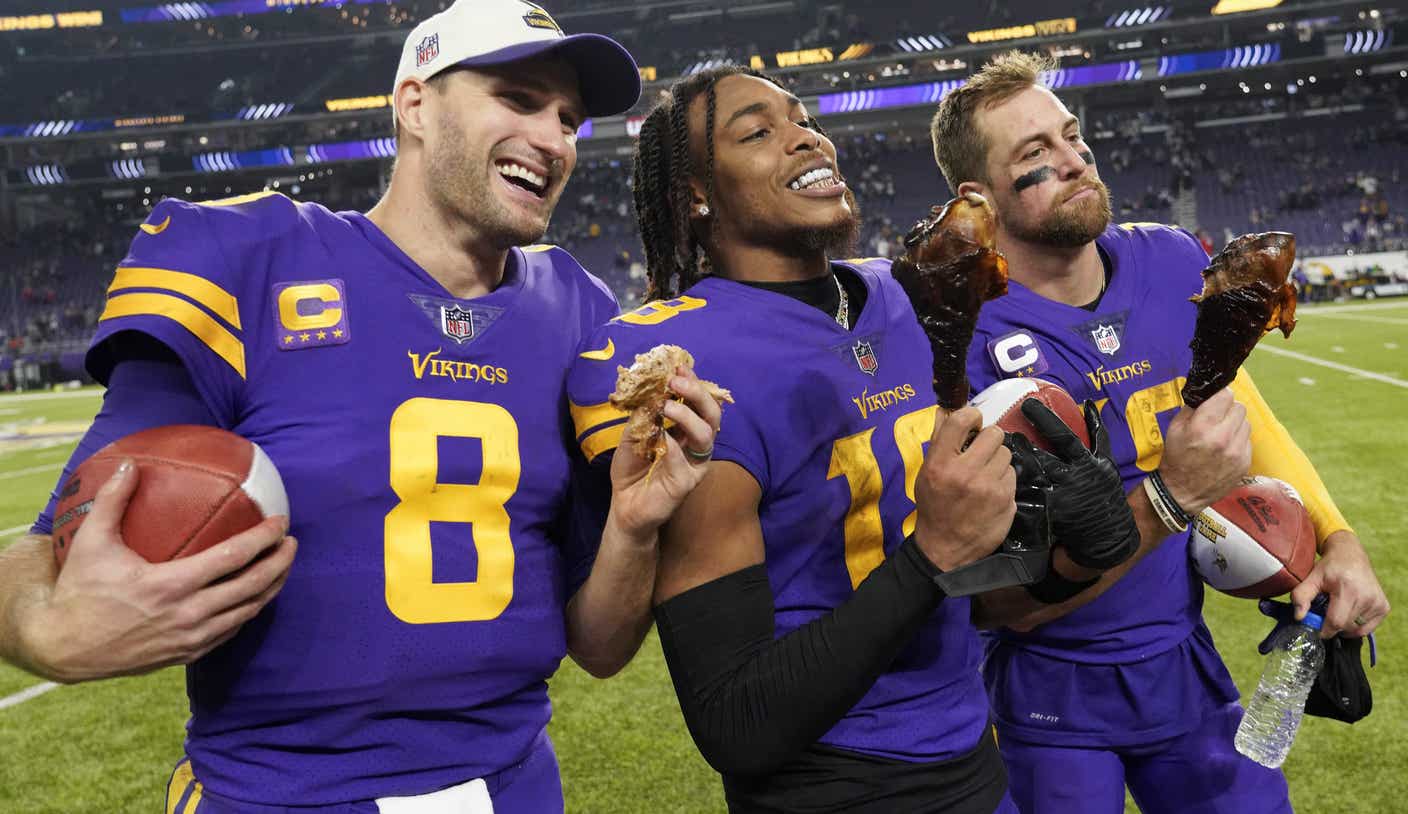 The Minnesota Vikings head to Illinois to take on the Chicago Bears in a Week 18 NFL matchup.

The Vikings were defeated in Week 17 by the Green Bay Packers, while the Bears were defeated by the Detroit Lions in their weekend matchup. Chicago will also be without starting quarterback Justin Fields, who is out for the final game of the season with a hip strain.

Here’s everything you need from a betting perspective on the Vikings-Bears game, from point spread, money line, Over/Under total and expert pick (with odds via from FOX Bet):

Trevor Lawrence, Dak Prescott, Do They Trust These QBs In The Playoffs?

In a segment called “Trust or Bust,” Geoff Schwartz and Cody Decker decide whether these quarterbacks can be trusted to make deep playoff runs.

With Fields out, how will Chicago score?

Fields was the brains and heartbeat of the Bears’ top offense and his natural ability to make something out of nothing will be sorely missed. He often put his team in incredible positions to put points on the scoreboard thanks to great plays of the arm and legs.

But Fields is out this Sunday.

Head coach Matt Eberflus officially ruled out the former Ohio State Buckeye with a hip injury suffered last weekend in Detroit. And it makes perfect sense because Chicago should be more concerned about securing a top-two pick in the upcoming draft than risking Fields’ health even more.

With Nathan Peterman at quarterback, that’s a no-brainer.

Are you ready to place a bet on the NFL? If so, go to FOX Bet for all your betting.