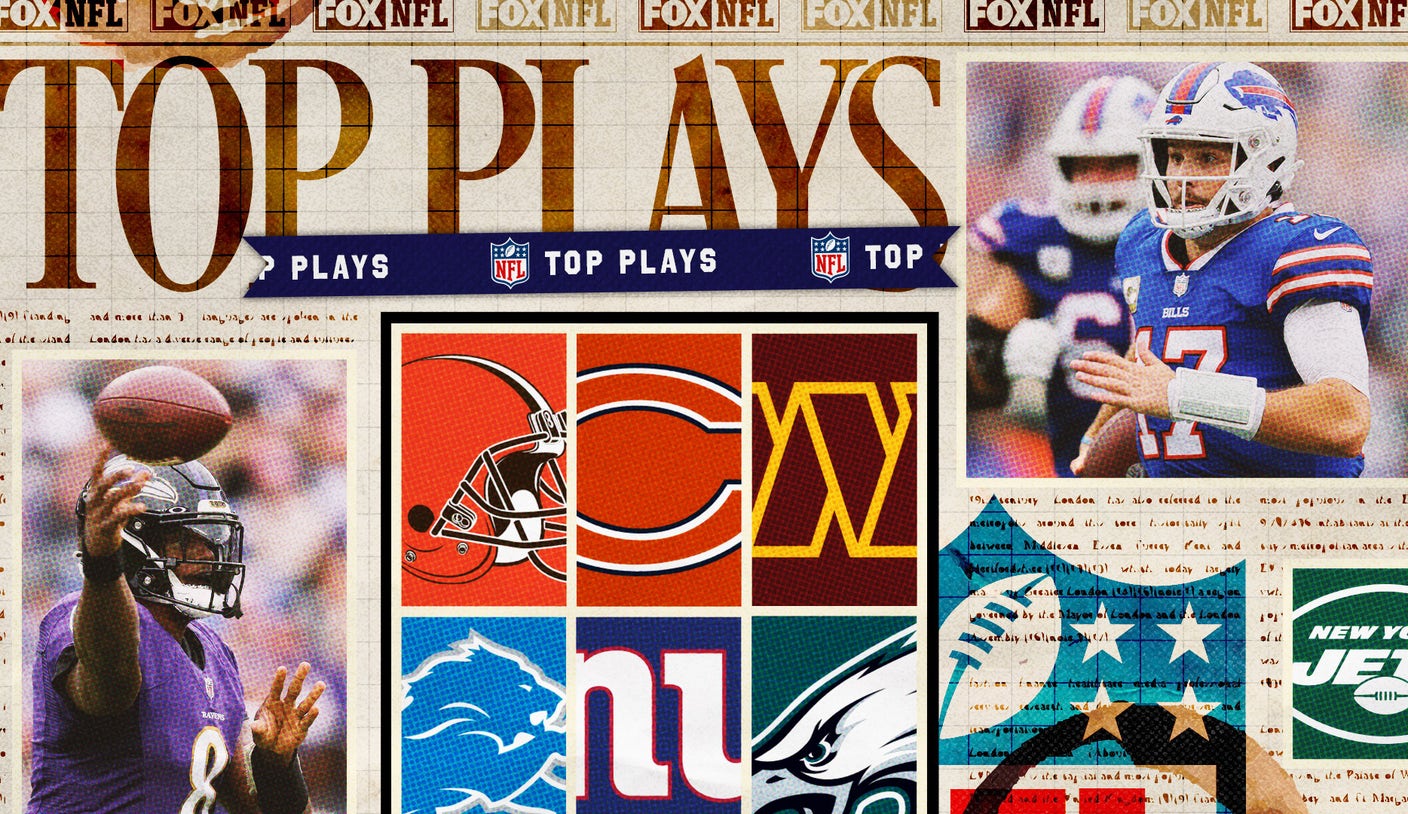 Week 11 of NFL The season continues Sunday with a slew of must-see matchups, starting with the New York Giants playing the Detroit Lions, the Philadelphia Eagles looking to bounce back against the Indianapolis Colts. and the Cleveland Browns facing the Buffalo Bills in a game moved to Detroit due to heavy snow in Buffalo.

Later, the Dallas Cowboys take on the Minnesota Vikings and the disappointments of the AFC West clash when the Denver Broncos host the Las Vegas Raiders.

In the night game, the Los Angeles Chargers host the Kansas City Chiefs.

The Saints rallied to take the lead when Andy Dalton threw a laser to Juwan Johnson for the score.

Allen Robinson caught that pass from Stafford to put the Rams back in front.

Stafford had to leave the game and was being evaluated for a possible concussion, a week after coming out of the concussion protocol for a previous injury.

The Bears charged back down the field to tie the game on this beautiful pass from Justin Fields to Darnell Mooney.

After a TD run by FieldsCordarelle Patterson returned that kickoff to the house, giving him the most kickoff returns for a touchdown in NFL history with nine.

Mariota showed he still had life in his legs in that nice run to put the Falcons ahead.

Washington Commanders at the Houston Texans

Panthers defensive tackle Bravvion Roy showed off his soft hands when he reached up to intercept Lamar Jackson.

Rookie Aidan Hutchinson showed his all-round skills with this Jones interception. The Lions would go on to score and take a 10-6 lead.

Jamal Williams has rushed for three TDs, including this one as the Lions extended their lead.

Josh Allen put the Bills ahead with that string to Stefon Diggs.

The Jets didn’t let Patriots quarterback Mac Jones get comfortable here, as Carl Lawson came in for a sack.

The Eagles scored their first TD and cut into the Colts’ lead when Jalen Hurts hit Quez Watkins on a nice crossing pattern.