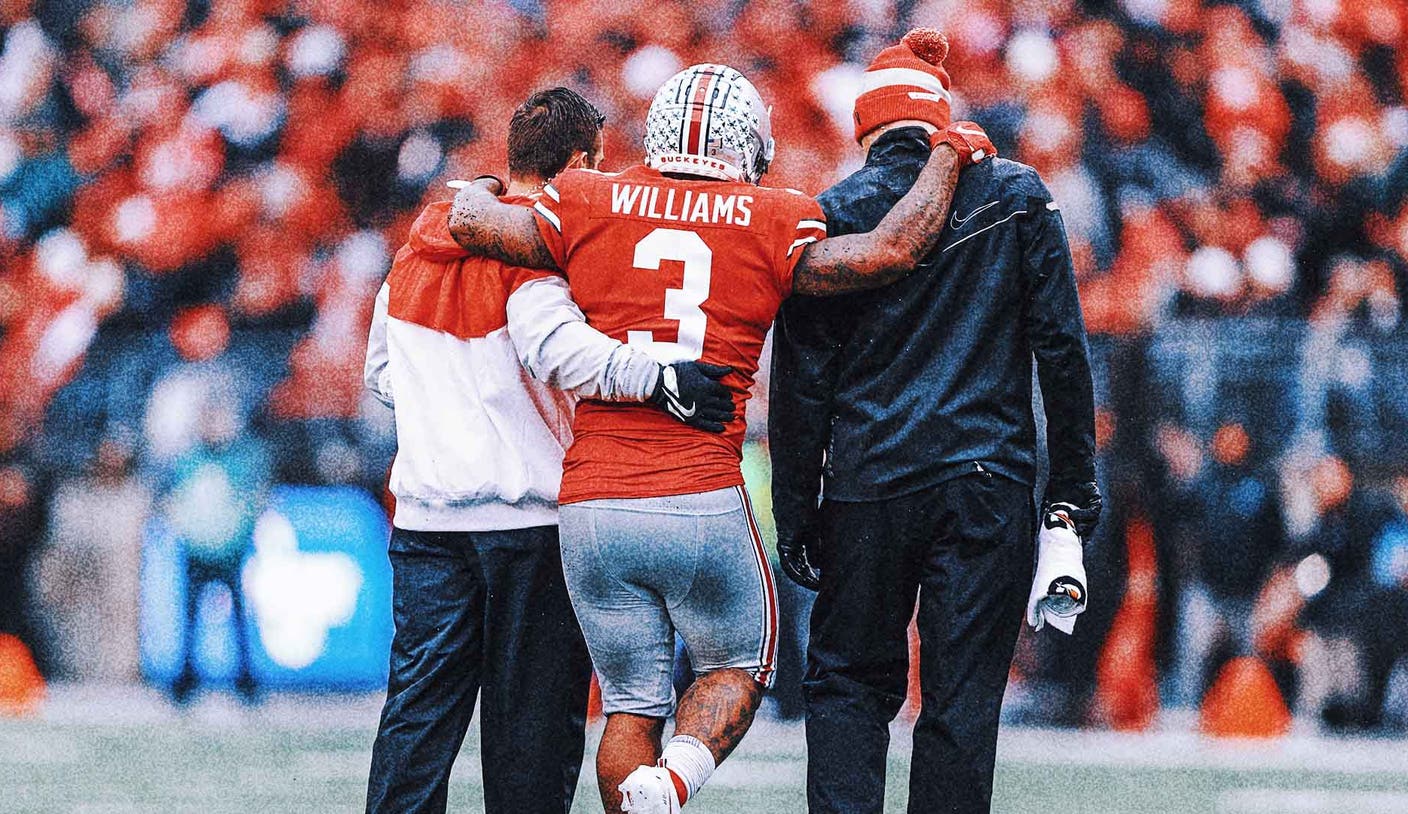 Miyan Williams rushed for 147 yards and a touchdown before leaving with an injury late in the first half, CJ Stroud threw five TD passes and No. 2 Ohio State buried Indiana 56-14 on Saturday.

Williams landed awkwardly on his right ankle and had to be helped onto a cart and taken to the locker room with 2:17 left in the half. That came after the Buckeyes had pushed the lead to 28-7 on Williams’ 48-yard run.

Ohio State running back Miyan Williams went down with a foot injury and was ruled out of Saturday’s game against Indiana.

Williams has carried the load for Ohio State’s running game the last two games with TreVeyon Henderson out with injury. Ohio State hasn’t revealed a timetable for Henderson’s return, but could certainly run into some trouble if both experienced backs are still on the floor for the matchup with No. 3 Michigan here in two weeks.

Freshman Dallen Hayden stepped up to be the No. 1 back, rushing for 102 yards and a touchdown. Wide receiver Xavier Johnson lined up at fullback and ran for a 71-yard TD in the fourth quarter.

The Buckeyes (10-0, 7-0 Big Ten, No. 2 CFP) had amassed 377 yards when Williams left the game and appeared to be back on track after struggling to beat Northwestern on a windy day the week before. They finished with 662.

Stroud, who passed for a season-low 76 yards against Northwestern, was 17-of-28 for 297 yards against the Hoosiers (3-7, 1-6), throwing two touchdown passes to tight end Cade Stover and one to Emeka Egbuka. Marvin Harrison Jr. and Kamryn Babb.

Miyan Williams ran into the end zone for a 48-yard touchdown Saturday.

Indiana’s starting quarterback Connor Bazelak, who returned after missing last week against Penn State with an injury, didn’t last long. After the Hoosiers went three-and-out on their first three possessions, Bazelak was benched in favor of Dexter Williams II, who threw two touchdowns, his only scores of the day.

Indiana: The Hoosiers’ disappointing season continues with another loss. Coach Tom Allen committed to Bazelak as the starting QB earlier in the week, but Williams could be his No. 1 now.

Ohio State: The health of the two star running backs will be the big issue going forward as the Buckeyes travel to Maryland next week and host Michigan on the Saturday after Thanksgiving. Given how little the show will reveal about the injuries, it may remain murky. On the bright side, there’s nothing wrong with the Buckeyes’ passing game.