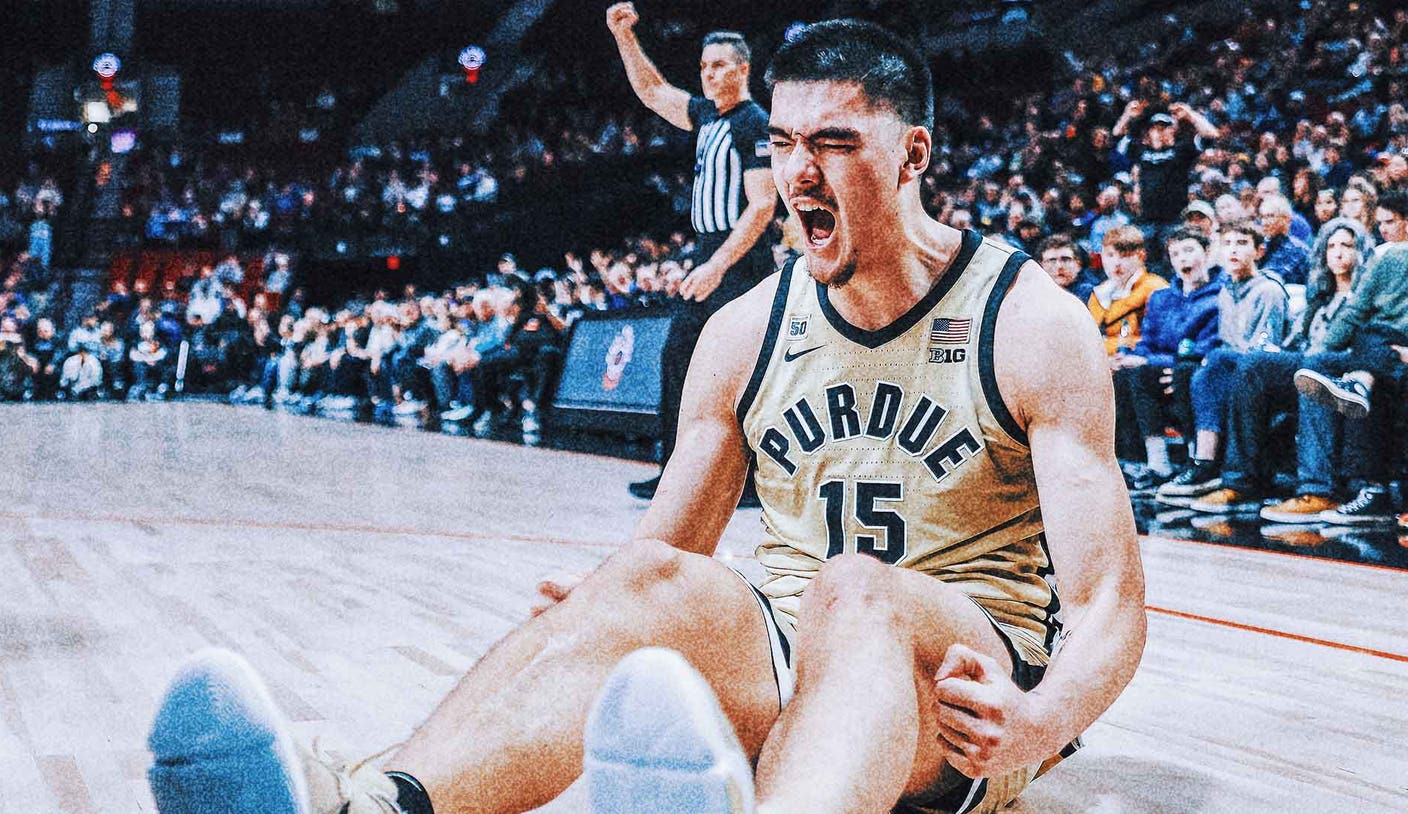 Purdue is back at No. 1 in the AP Top 25. Alabama is right behind the Boilermakers.

Purdue returned to the top spot in the Associated Press men’s college basketball poll on Monday, moving up two spots after Temple defeated No. 1 Houston over the weekend. The Boilermakers received 39 first-place votes from a 62-person media panel after a volatile week in which only two teams held the same spot from a week ago.

Alabama moved up two spots to No. 2, earning 23 first-place votes for its highest ranking since reaching No. 1 in 2002-03. Houston, Tennessee and Kansas State round out the top five.

Alabama (17-2, 7-0 SEC) has made a steady climb since being ranked No. 20 in the preseason AP Top 25, moving into the top 10 in early December. The Crimson Tide had lopsided wins over Missouri and Vanderbilt after Darius Miles was dismissed from the team because he was facing a murder charge in a deadly shooting near campus.

Alabama coach Nate Oats reached out to Ray Lewis before the Crimson Tide played Vanderbilt last week, sharing a Bible verse suggested by the Hall of Famer. Alabama ended up beating Vandy by 12 and outscoring Missouri by 21.

“I saw some guys tear up after the game,” Oats said. “I think they’ve been bottling up some things. We’ve got a job to do. We’ve got to get to the game. We’ve got to the game and taken care of business, and then it’s almost like a huge relief. The game’s over and we can let out a sigh of relief.”

Houston topped the AP Top 25 for the first time since the Phi Slama Jama of the 1980s earlier this season before a loss to Alabama dropped it back to No. 5.

Kansas State moved up eight spots to No. 5 after edging rival Kansas 83-82 at Bramlage Coliseum last week. It’s the Wildcats’ highest ranking since reaching No. 3 in 2010-11.

TCU handed Kansas back-to-back in-state losses for the first time since 1989 with a 23-point loss at Allen Fieldhouse on Saturday. It was one of Bill Self’s worst losses in 20 years as Kansas coach and ended the Jayhawks’ 16-game home winning streak.

The No. 14 Horned Frogs moved up three spots in this week’s poll after the win. Defending national champion Kansas fell seven spots to No. 9.

Kansas State had the biggest jump of the week, followed by No. 4 Tennessee and No. 6 Arizona, which climbed five spots each. No. 21 Baylor moved up four spots with wins over Texas Tech and Oklahoma.

Gonzaga had the biggest drop, dropping eight spots to No. 14 after Loyola Marymount ended the Zags’ 75-game winning streak at home on Thursday. No. 13 Xavier dropped five spots after a one-point loss to DePaul.

No. 22 Saint Mary’s is ranked for the first time this season after beating Pepperdine and Santa Clara last week. No. 25 New Mexico is back in the polls after beating San Jose State and rolling over Boise State in overtime.

A three-point loss to Michigan State knocked Rutgers out of the poll at No. 23. Arkansas dropped to No. 25 after a loss to Missouri.