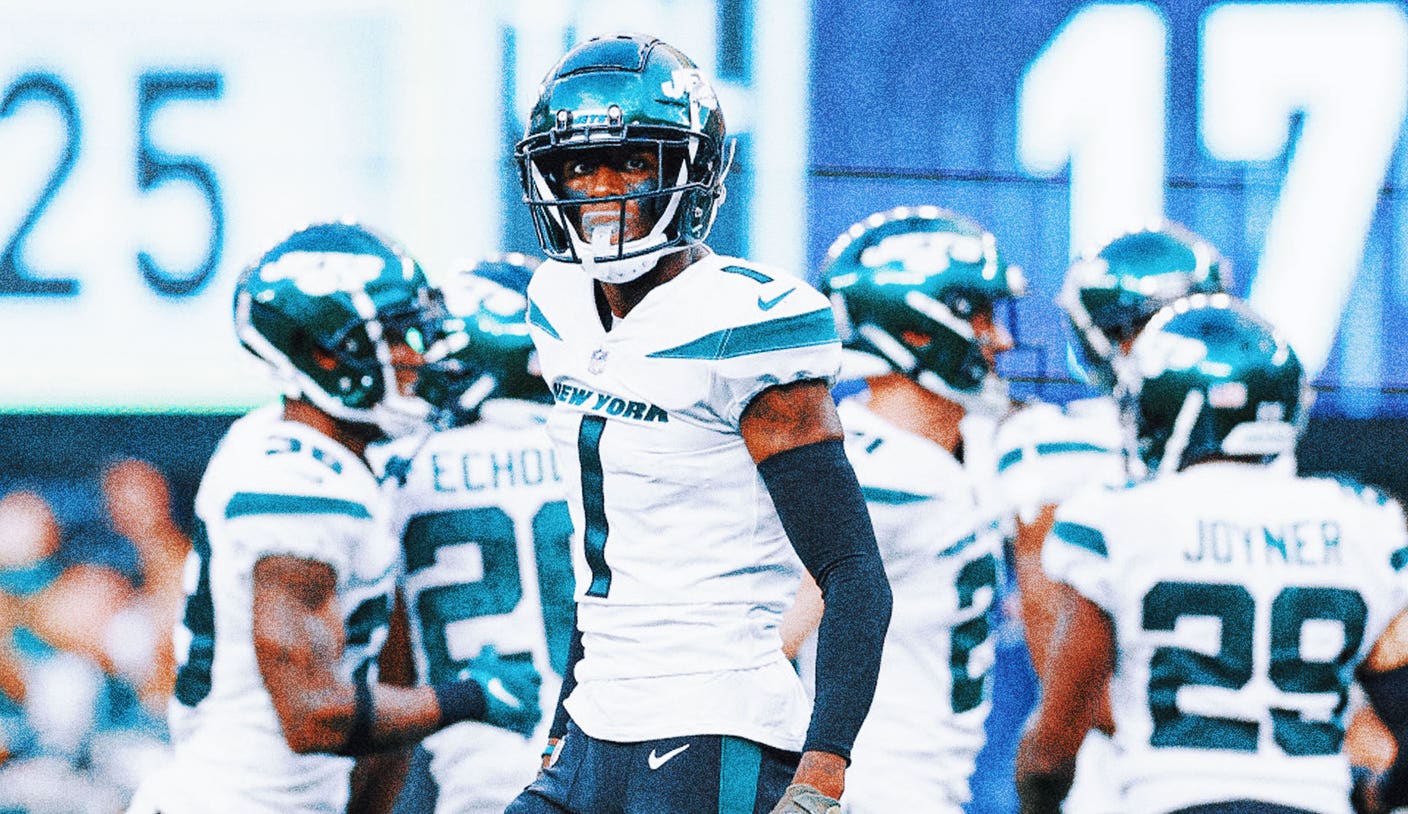 EAST RUTHERFORD, NJ – On New York’s final drive of their 20-17 win over the Buffalo Bills, the Jets called eight straight plays before asking Zach Wilson to throw the ball. And when it was finally asked, he delivered.

On third-and-5 from the 18-yard line with just about two minutes left in the game, Wilson threw the ball to wide receiver Denzel Mims for one of the game’s biggest completions. Wilson and his offense managed the clock and forced the Bills to take three timeouts.

Although Wilson and the Jets couldn’t convert the ball for a touchdown, they did get the go-ahead field goal.

“The one with Mims, thinking he was getting man coverage there, which we ended up having,” Zach Wilson said. “They were starting to play with Garrett [Wilson] kind of, trying to send the other safety over there. When it comes to crunch time, who’s your fat body type who will break away and get down with the play? Great separation for [Mims] and then throwing him away, big play on him for turning up in crunch time.”

But the game was not over.

It looked like maybe Josh Allen, now 25 years old, could create some magic and lead the Bills down the field at one minute and 48 seconds, even without the timeouts. May be.

But the Jets defense showed up for the final. Defensive end Bryce Huff sacked Allen on third down, and although the Bills recovered, Huff forced a 19-yard loss. On the next play, Allen threw a prayer to Gabe Davis and Jets cornerback Sauce Gardner, who has been sensational all year, broke up the pass. And that completed the defensive control.

The Jets (6-3) forced the Bills (6-2) to play uncharacteristically bad football. New York did what has been a formula for success: run the football like crazy (174 yards on the ground), play excellent defense and put Wilson in a situation where he can run the game. It all worked out, even against one of the best teams in the NFL in the Bills.

“A lot of people are going to be surprised. I don’t think there’s a person in our locker room that’s surprised,” Jets coach Robert Saleh said after the game.

Wilson could one day play like Allen. But they were very different quarterbacks in Week 9. And that was a good sign for Wilson, who tried to do too much and plummeted the Jets’ chances the week before against the Patriots. In that game, Wilson distributed rushing passes, with a particular focus on Garrett Wilson, who caught eight passes on nine targets for 92 yards.

Meanwhile, the Jets’ secondary seemed to tear Allen apart, especially on a run that concluded with about eight minutes left in the game. On second down, Allen nearly threw an interception to safety Jordan Whitehead. Then on third down, even Allen’s hero ball wouldn’t fit into place. He had Diggs open, but he slightly underwhelmed the receiver. This allowed just enough time for cornerback DJ Reed to make a play on the ball.

Allen’s bad habits keep coming back to games. No matter how dominant he is, he just can’t seem to eliminate losses. And this allows opponents to get back into the game. A week after kicking himself to let Aaron Rodgers back into the game, Allen threw two interceptions. His second was really expensive. His defense had just stolen the ball on a Von Miller sideline sack. Allen threw the ball into a space where he had no receiver, which in fairness might not have been on him. Corner Gardner found the football.

The first interception was equally emphatic.

After the opening kickoff, during which the Jets’ pitcher went down when he hit the ball, the Bills had great field position. Allen went right to Stefon Diggs for a 42-yarder. But that’s where the momentum stopped. Allen rolled to his left and didn’t seem to see Whitehead, who cut in front of a pass to tight end Dawson Knox. It was an easy interception for New York.

“There’s always going to be plays you want,” Knox said. “Maybe I should have gotten further down the line of scrimmage. I wasn’t hearing that guy behind me. But yeah, I definitely have to be nicer to the quarterback on this one.”

The Jets may have suffered an embarrassing loss to the Patriots last week, but this week they showed they can still compete with the NFL’s best. They continue to be an intimidating team in an extremely impressive AFC East.

Meanwhile, the Bills, coming off a four-game winning streak, suddenly look like winners.

“We beat ourselves today,” Davis told FOX Sports. “I don’t think it had anything to do with the Jets. … It was just us. We should have made some plays and avoided some penalties.”

Sauce Gardner begs to differ. He said he and Reed are “definitely” the best cornerback tandem in the NFL.

The Jets-Bills rivalry continues when the two teams meet again on Dec. 11 in Buffalo.