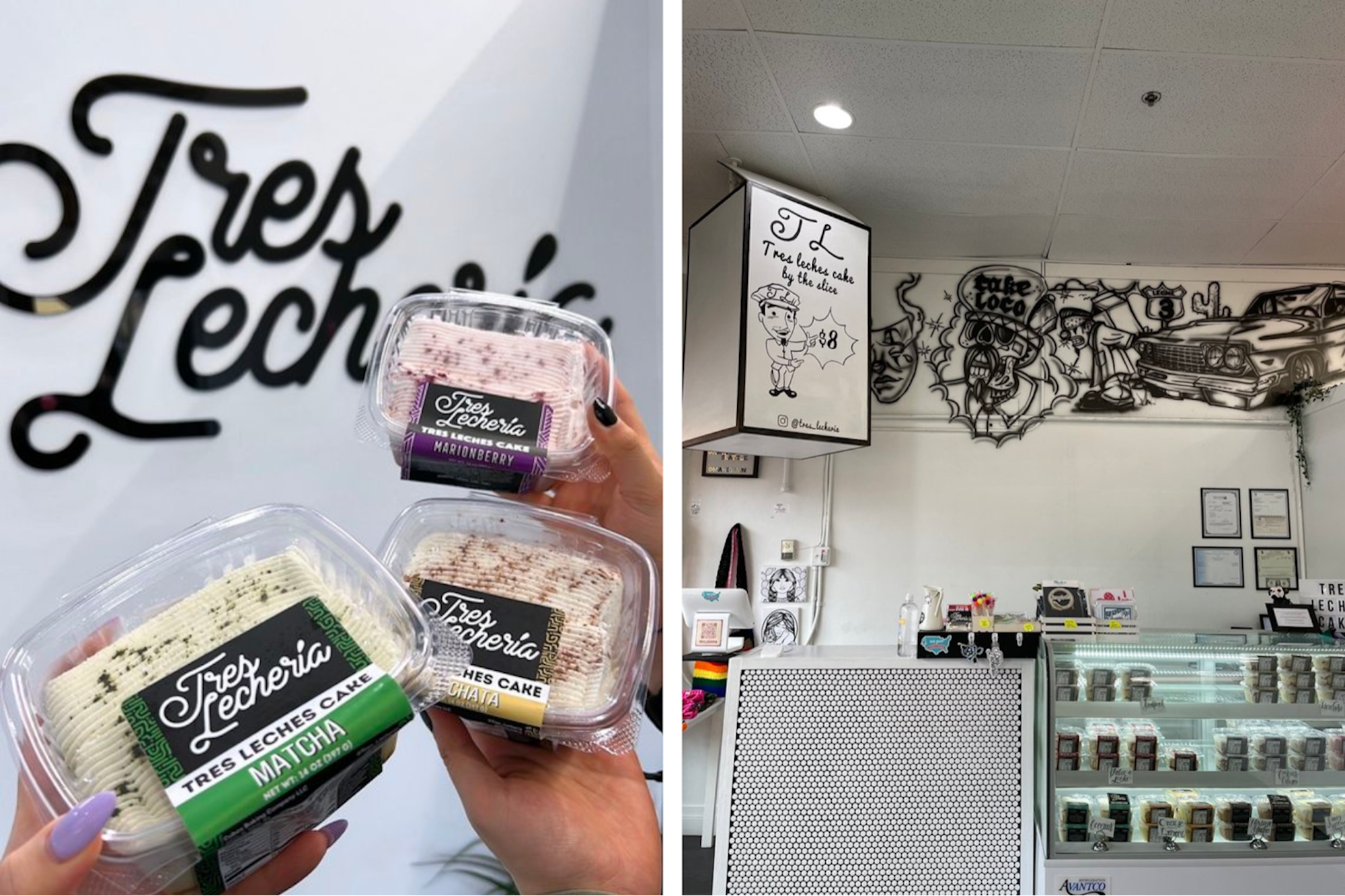 Behind the Review host and Yelp small business expert Emily Washcovick shares a look at this week’s podcast episode.

When there’s a desire, sometimes you can’t help it. You just have to have it.

Audrey C., a Yelp reviewer in Seattle, saw a photo of her friend’s tres leche pie, and that was all it took to send her on the Internet to find one near her. A traditional Mexican dessert, “three milks” cakes are moist and sweet, but not overly so.

And if you know, you know how delicious they are, and also how hard to come by at the average bakery.

“I’m a really, really big fan of tres leches,” said Audrey. “My best friend is in California and she sent me a picture of the cake she was eating. And it made me want to. It’s a very specific thing, tres leches cake. The first thing I did was go ‘n. online and see if I know of anywhere that sells this kind of cake. And I actually found this place called Tres Lecheria.”

Co-owner and baker Kevin Moulder owned Cubes Baking Company before it morphed into Tres Lecheria, and it was part circumstance and part quick thinking that allowed him and his business partner to transition to a bakery just for tres leches during the pandemic.

“I remember it very well. We were sitting at the bar next to our bakery. And he was like, ‘Hey, things aren’t looking so good, Kev. What are we going to do?’ At the time we had a tiny little fridge that had four flavors of tres leche cake. Nine out of 10 customers were coming in for that. And nine out of 10 reviews that we were seeing on Yelp and anywhere else online were about that “. he said

“So let’s give it a shot. Let’s expand our tres leche cake options, become an exclusive tres leche bakery and see what happens. So it happened in 2020, and it’s been the best decision we could have made ever taken..”

While this strategic pivot saved the bakery, it was Kevin’s ability to take advantage of another fortunate circumstance that allowed Tres Lecheria to expand beyond the walls of his shop and into grocery stores up and down from the west coast A former employee got a job as a bakery buyer at a grocery store, which led to more orders and another revenue stream. But it took planning and thought to make it work, and a willingness to accept change as part of business growth.

“I think a lot of entrepreneurs get stuck and are afraid of not making changes. They’re afraid of letting go of a certain concept. Sometimes it’s hard, especially when it’s a passion project. It’s hard to let go and For example, you know what? I really wanted this to work 100%. Sure it’s working well, but we’re spinning our wheels and never getting anywhere. We need to make this change,” said Kevin.

As he expanded, Kevin employed a graphic designer to make the most of his labels, using them as branding for the bakery. Although he thought he had nailed it, a simple suggestion from one of the grocers – to add color to the labels to differentiate the flavors – was met with some resistance from Kevin, at first.

“I resisted because I was like, that’s more money. And when we’re just trying to survive, why should we make that change right now? So that was the conversation I had with my business partner. And he was everything. because of it. He was like, she’s the expert. And I resisted that,” she said.

“And then I remember the day the color labels came out, and I made a mock-up of all our flavors and put them in a line in order of the colors of the rainbow. And I was like, yeah those pop. This was definitely the right decision.”

The rebranding was simple, but impactful. Sales increased and their product became more recognizable, which resonated with critics like Audrey.

Use these Tres Lecheria success tools to expand your small business, including:

Listen to the episode below to hear Kevin and Audrey live and subscribe Behind the Review for more information from new business owners and reviewers every Thursday.