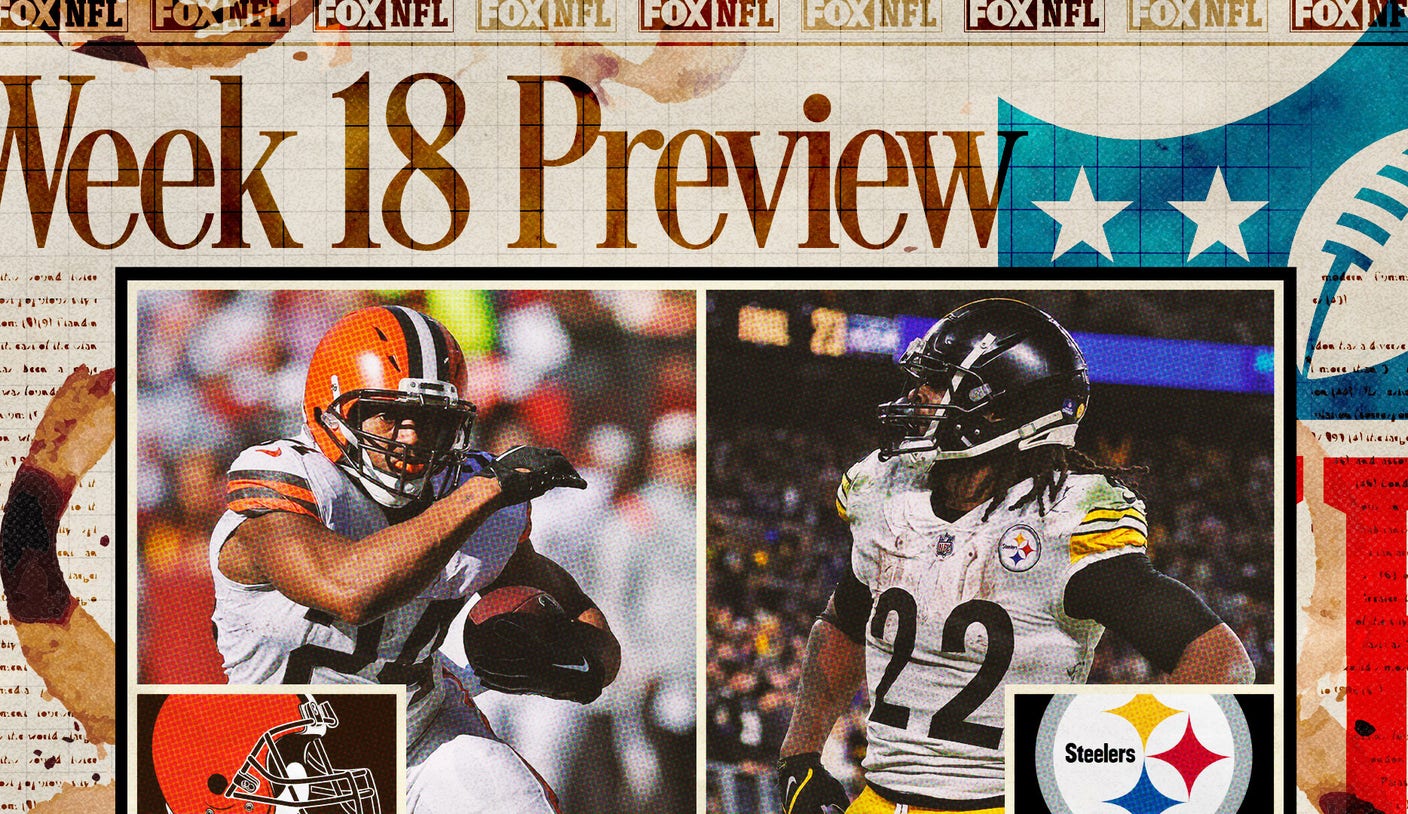 Only once in NFL history has a team with a 3-7 record recovered enough to make the playoffs, but the Steelers have a chance to do so, with help from other teams, as they compete for the last AFC wild card with a home. game against the Browns.

That change happens one week at a time, and Mike Tomlin said the Steelers will take the same simple approach to trying to do their part to extend their season Sunday.

“I don’t know that it’s anything mystical or mind-boggling in any way,” Tomlin said at his team’s mid-year resurgence. “I just think that there has to be some determination, individually and collectively, in an effort to have the kind of focus that is required, to work every day to improve every day, to repeat the cycle that is preparation , regardless of what has happened, good and bad, to increase your chances of winning with every opportunity.”

Pittsburgh (8-8) has won three straight and five of its last six games to keep its playoff hopes alive until the final game of the season. To win the AFC’s third and final wild card, the Steelers must not only win, but Miami and New England must also lose their games on Sunday. As a help, it’s certainly viable, as the Dolphins have lost five in a row and are likely starting their No. 3 quarterback, and the Patriots have lost four of their last six and would face an emotional Bills team, trying get together following Damar Hamlin’s collapse and hospitalization Monday night.

The Steelers have never finished with a losing record in Tomlin’s first 15 seasons as head coach. They’ve finished 8-8 three times, but a win Sunday would keep an impressive streak alive for another year.

A lot has changed for both teams since their first meeting in Week 3: The Steelers still had Mitchell Trubisky at quarterback, and the Browns had Jacoby Brissett while Deshaun Watson served his 11-game suspension. Pittsburgh has turned to rookie Kenny Pickett, now 6-5 as a starter, and Cleveland has gone 3-2 since Watson took over. After totaling just two touchdowns in his first four games, Watson had three in Sunday’s win over the Commanders, including two to wide receiver Amari Cooper.

Pittsburgh led 14-13 at halftime in the first meeting, then saw its offense stall in the second half with just 111 yards and six first downs, allowing Cleveland to pull out a tight victory. The final score was 29-17, but the Browns scored a touchdown as time expired on a desperation drive by the Steelers from the Pittsburgh 4-yard line.

“When you prepare for Cleveland, you have to respect their running game and specifically Nick Chubb and Kareem Hunt,” Tomlin said. “They’ve got to be the best tandem in football. They don’t need my endorsement. Their tape and resume speaks for itself. We’ve got to do a good job there.”

Cleveland ranks sixth in the NFL with 147 yards per game, and Chubb ranks second in the league with 1,448 rushing yards, along with 12 touchdowns. Pittsburgh responds with the No. 7 rushing defense in the league, holding opponents to 106 yards per game. The Browns rushed for 171 yards (113 from Chubb) in the first meeting, the second most allowed by Pittsburgh this season behind only the Ravens’ 215-yard game last month. Pittsburgh also didn’t have star running back TJ Watt in the first game, and he’s returned healthy with 3.5 sacks over the past four games.

The Browns (7-9) have been eliminated from the playoffs, but have also rebounded nicely from a 3-7 start, winning four of their last six games. Its defense has held opponents to 17 points or fewer in five of those six games, after giving up at least 17 points in nine of the first 10. Cleveland’s run defense hasn’t been a strength, ranking 25th in 32 teams and coach. Kevin Stefanski said they’ll have to step up against Najee Harris and Pittsburgh’s run game.

“We know when you play the Steelers, it’s a physical football game,” Stefanski said. “They do a good job of their running game — big, physical running backs, a varied scheme, so you expect you’re going to have to play a very physical 60-minute game. . . . It’s going to take a complete game to try and win this one.” .

Pittsburgh’s forecast high for Sunday is 41 degrees, with a chance of rain on a cold January afternoon that lends itself more to running than passing. Pittsburgh has something to play for, but Cleveland will be just as motivated to end their season on a winning note.

prediction: With so much on the line, Pittsburgh’s defense steps up and earns a tight win. Is it enough to get the Steelers into the postseason? This is another question.