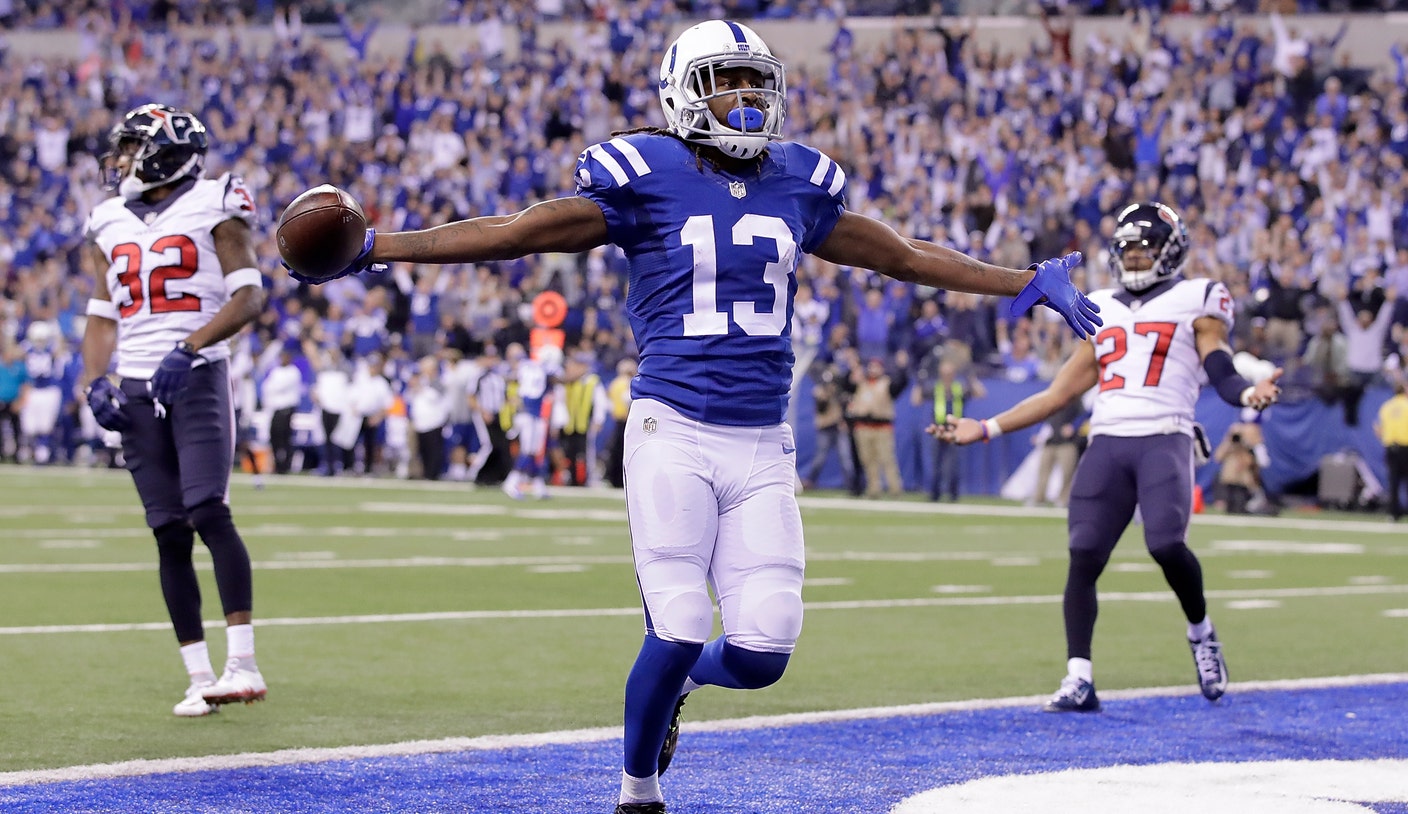 The Cowboys have always known what they wanted for Christmas: a receiver who can help them make a Super Bowl run. That’s why they had spent so much time in the last month shopping Odell Beckham.

Ultimately, they are better off with TY Hilton.

Maybe a fully healthy Beckham still in his prime would have been a better option, but that guy isn’t available right now, not with Beckham still recovering from a torn ACL and unlikely to play until the postseason , yes then. Hilton may be 33 and out of football for the past year, but he’s healthy, ready to play and, according to Cowboys offensive coordinator Kellen Moore, who watched his practice, Hilton “definitely can still run” .

“He’s got a lot of speed,” Cowboys owner Jerry Jones said on his weekly spot on 105.3 The Fan in Dallas. “He runs really well. And of course he’s ready to go.”

That preparation might have been the biggest factor, because there’s no question the Cowboys would have preferred the 30-year-old Beckham if they believed he could play. In fact, Jones made it clear that he still has interest in adding Beckham, possibly just before or even during the playoffs, if he’s healthy enough to help at some point.

Meanwhile, his need for receiver did not disappear. They seemingly have everything on offense — a powerful running game, a strong offensive line, a very good quarterback — but they’ve long needed someone to take some of the pressure off No. 1 receiver CeeDee Lamb (74 catches, 961 yards, 6). touchdowns). Michael Gallup (30-337-3) is playing better of late as he continues to recover from an ACL tear of his own in January and tight end Dalton Schultz (41-430-3) is a weapon when healthy. And that helps.

But to really hang with teams like the Philadelphia Eagles and, if they can make it to Super Bowl LVII, the Buffalo Bills, Cincinnati Bengals or Kansas City Chiefs, the Cowboys knew they would need more. They are scoring 35.7 points and gaining 410 yards per game in the seven games since quarterback Dak Prescott returned from his thumb injury, but one more weapon could make their offense unstoppable. And they just weren’t getting enough from receivers like Noah Brown and rookie Jalen Tolbert.

“Great players make great plays. Great plays make outstanding plays,” Jones told reporters at the NFL owners meetings in Dallas on Wednesday. “And so I’m hoping we’re moving forward here where a handful of big plays, if I can be waving my arm about it, could be the difference in a world championship.”

Could the 5-10, 183-pound Hilton be the difference maker? He certainly isn’t what he was during his prime, when he had five 1,000-yard seasons in a six-year span for the Indianapolis Colts (2013-18). There’s no telling what’s really left in his body after a disc injury in his neck and a quad injury and concussion limited him to just 10 games — and just 23 catches for 331 yards — last year.

NFL Wish List: OBJ to Cowboys? Do the Raiders need a reboot? Can crows be healthy?

‘FOX NFL Kickoff’ discusses whether the Dallas Cowboys can land Odell Beckham Jr., the Las Vegas Raiders needing a reset and whether the Baltimore Ravens and Lamar Jackson can bounce back.

Expectations must be tempered. But the Cowboys don’t need Hilton to be a star, or even that big of a player. There are a lot of other things he carries that can, in theory, help them overcome them. It’s not just speed that made him a four-time Pro Bowler. It is also his experience, his intelligence and his leadership skills.

“He’s really one of the smartest receivers I can remember,” Jones said. “He also brings a ton of experience. That’s big, really big because we want him to step in right away. He’s seen the kind of routes that we’re going to run. I think he’s a real pick-up for us that, frankly, he’s going to. throw at land and give us help immediately.”

With Hilton “fit and ready to go,” as Jones said, he might even get some snaps Sunday in Jacksonville, but his real chance to make an impact will be Christmas night in Dallas when the Cowboys vs. Cowboys. Philadelphia Eagles. Philly has one of the best secondaries in the NFL, with cornerbacks Darius Slay, James Bradberry and Avonte Maddox. It would be much easier for them to crack down on Lamb and Gallup if they had no one else to really worry about.

Hilton’s presence might make them think twice about covering them. And the way the Cowboys’ offense is clicking right now, it could make a big difference if Lamb was given a little less attention, even for an extra play or two.

Of course, that’s just a theory until Hilton steps on the field and proves that he really hasn’t lost anything at his age and with so much time away from the game. But for just $600,000 guaranteed, plus another $1.2 million in incentives the Cowboys will gladly pay if he helps them get to the Super Bowl, it’s worth the risk.

Remember, Beckham was looking for a long-term deal with significant guaranteed money. His fantasy was a deal that paid him an average of $20 million a year. The value at Hilton is much better. And he’s almost certainly better than anyone the Cowboys could have found at the end of the season.

“He’s an excellent addition, especially this time of year,” Cowboys coach Mike McCarthy said. “I’ve never had the experience of adding the quality of a player like TY Hilton to your roster in December. It’s very unique.”

It could be the difference between the Cowboys having another disappointing January and also being a real Super Bowl contender. And if it doesn’t work out … well, Jones made it clear that he might not have finished shopping.

There is yet another more prominent receiver option.

“I don’t want to talk about it, but I’m waiting,” Jones said Wednesday. “This thing could break.”