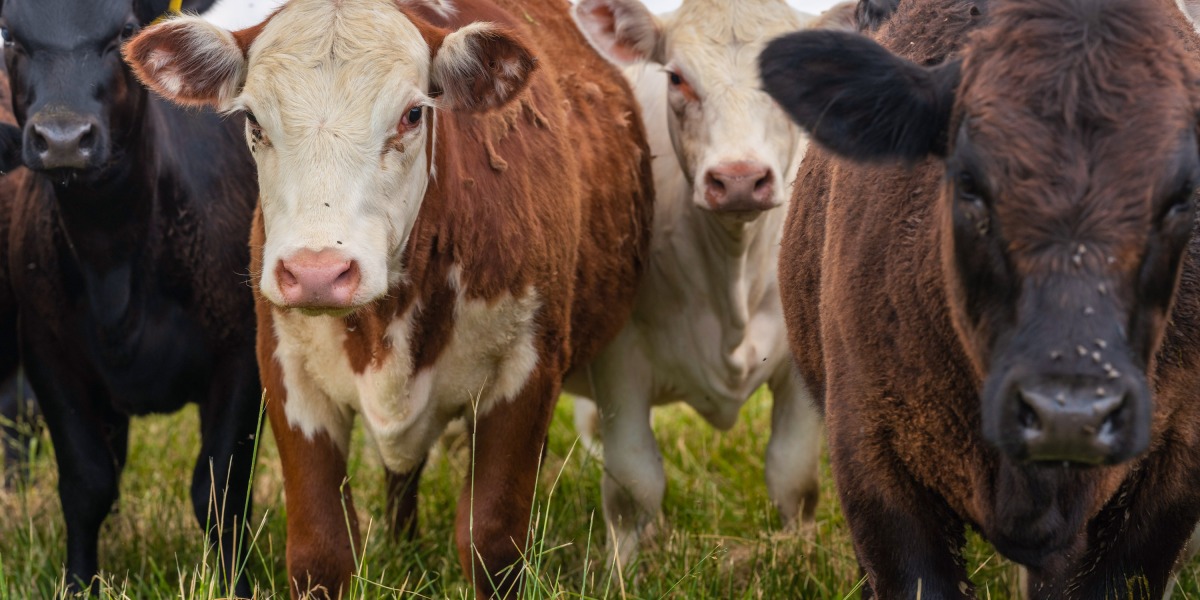 This is today’s edition of The Download, our weekday newsletter that provides a daily dose of what’s happening in the tech world.

In the spring of 2021, Cynthia and John Grano, owners of a cattle operation in Culpeper County, Virginia, began noticing that some of their cows were slowing down and acting “in space.” They thought the animals were suffering from a common infectious disease that causes anemia in cattle. But their vet had warned them that another disease carried by a parasite was spreading rapidly through the area.

After the death of a third cow, the Granos decided to test its blood. Sure enough, the test came back positive for the disease: theileria. And with no treatment available, the cows kept dying.

Livestock owners like the Granos are not alone. U.S. cattle producers face this new and unknown disease without much information. Researchers don’t yet know how theileria will develop, although it is quickly spreading west across the country. If states are unable to control the disease, then national production losses from diseased cows could significantly damage both individual operations and the entire industry. Read the whole story.

The world is building more capacity for renewable energy, especially solar and wind power that come and go over time. But for renewables to make a real difference, we need better options for storing energy. That’s where batteries come in. And conveniently, there’s a wave of alternative chemistries slowly seeping into the growing energy storage market.

Some of these new players could be cheaper (and in a number of ways better) than industry-standard lithium-ion batteries. Among the most promising is molten salt technology, which Ambri, a Boston-area startup, believes could be up to 50% cheaper over its lifetime than a lithium-ion system equivalent

But like its rivals experimenting with other forms of energy storage, Ambri faces real barriers to adoption, with scale presenting the main ever-present obstacle. Read the whole story.

Casey’s story is from The Spark, his weekly newsletter covering battery advances and other climate news. Sign up to receive it in your inbox every Wednesday.

1 What comes after Twitter?
Whatever the answer, downloading data and contacts is a smart move. (NYT$)
+ However, it is unlikely that you will be able to save everything. (via cable $)
+ A bunch of laid-off contractors don’t plan to go quietly. (Bloomberg$)
+ One of their former data scientists is very worried. (Rest of the World)
+ Twitter’s potential collapse could wipe out vast records of recent human history. (MIT Technology Review)

2 The ripple effects of the collapse of FTX
The crypto exchange’s bad practices are sparking fears about the future of the industry, and its employees are furious. (WSJ$)
+ Sam Bankman-Fried had an ill-advised chat with a reporter via Twitter. (Voice)
+ A class action lawsuit has been filed against FTX in the US. (The Guardian)

3 The US biological weapons detection system is unreliable
20 years after its introduction, it still costs $80 million a year. (The edge)

4 telehealth sites are full of data trackers
They could reveal sensitive information about the addiction that is ripe for abuse. (via cable $)

5 Activision Blizzard games are being taken offline in China
He has not been able to reach an agreement with his Chinese distributor. (FT$)

7 We have ignored the carbon footprint of concrete for too long
It is not as big a polluter as transport or energy, but it urgently needs a greener overhaul. (Knowable Magazine)
+ How Joe Biden got away with his endorsement of the IRA. (The Atlantic $)
+ How hydrogen and electricity can clean up heavy industry. (MIT Technology Review)

The FDA has given the green light to lab-grown chicken, but it must pass other tests before it can be sold. (NBC News)
+ Will lab-grown meat end up on our plates? (MIT Technology Review)

9 Why NASA Astronauts Are Not Allowed to TikTok From Space

Although their European counterparts are. (Voice)
+ The launch of NASA’s Artemis 1 was a strangely hushed affair. (The Atlantic $)
+ Here’s everything the moon mission takes away. (IEEE spectrum)

By the end of the decade, apparently. Let me see. (Economist $)

“Ireland really bet the farm on the future of technology . . . almost at the expense of everything else.”

Bright LEDs could mean the end of dark skies

Scientists have known for years that light pollution is growing and can harm both humans and wildlife. In humans, increased exposure to light at night disrupts sleep cycles and has been linked to cancer and cardiovascular disease, while wildlife suffers from disruption of their reproductive patterns, increased danger and the loss of stealth.

Astronomers, policy makers and lighting professionals are working to find ways to reduce light pollution. Many of them advocate installing light-emitting diodes, or LEDs, in outdoor fixtures such as city lights, mainly for their ability to direct light to a specific area. But the high upfront investment and durability of modern LEDs means cities need to get the transition right the first time or face potentially decades of consequences. Read the whole story.

We can still have beautiful things

A place for comfort, fun and distraction in these strange times. (Any ideas? Drop me a line ortweet them to me.)

+ A luxury train journey seems to me the perfect way to relax.
+ Nothing can replace the joy of choosing a good read from a bookstore.
+ It’s never too early to start planning your next great adventure.
+ Olive oil? well Cake? well An olive oil cake?! WELL!
+ The oldest known phrase written in the first alphabet is amusingly domestic.