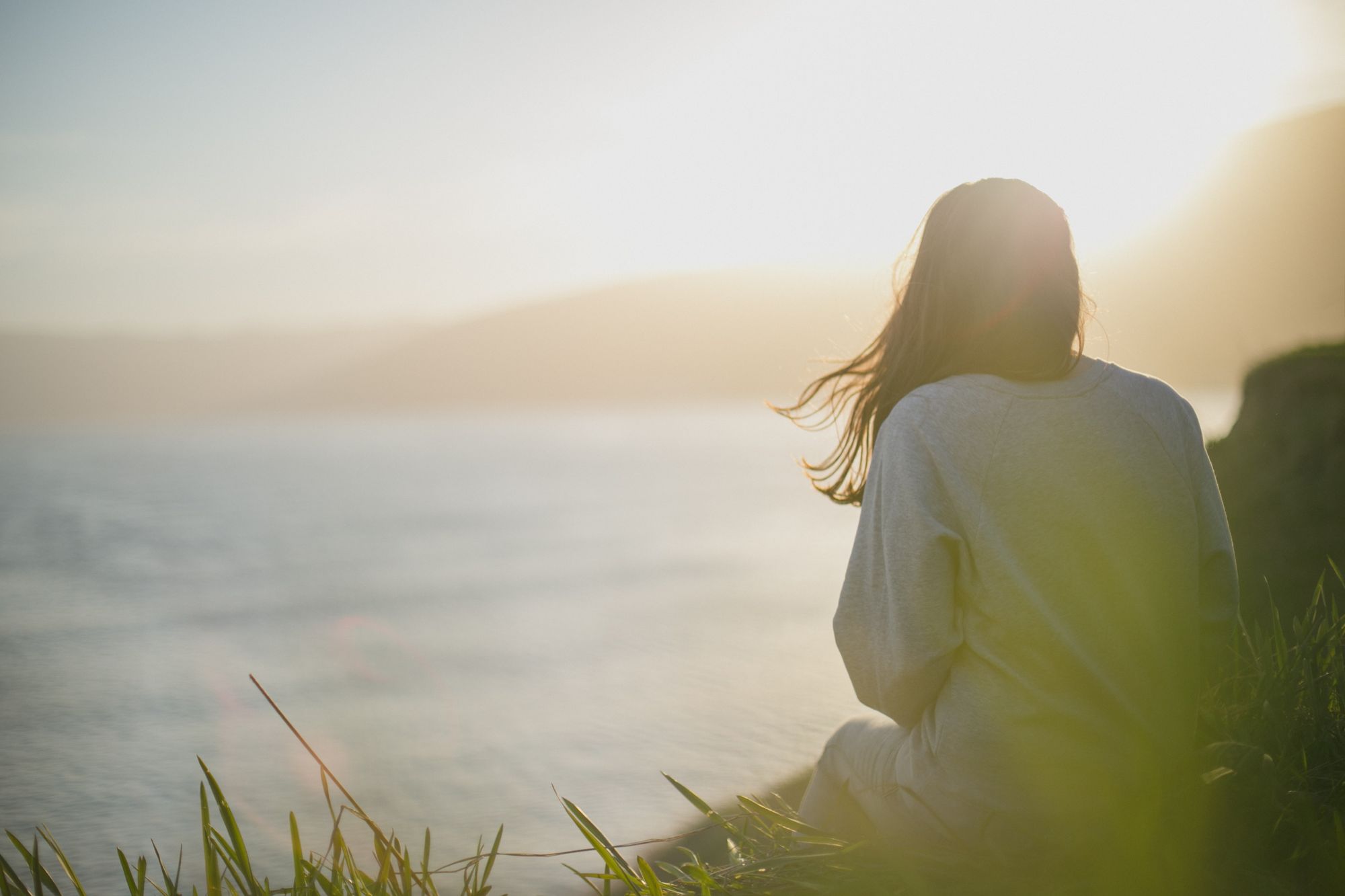 The moment I learned of my youngest daughter’s medical diagnosis is permanently etched into my memory like a bad tattoo. I had just turned off the TV in the living room when a notification popped up on my phone with the results of her MRI.

We swapped our summer plans of living on the beach with visits to children’s hospitals on the East Coast. We braced ourselves mentally for one of the most serious surgeries a person, let alone a child, can endure and hoped for the best.

But when he entered the ICU with a bandage around his entire head and face, we knew there had been a complication. Instead of the five-day hospital stay we expected, he went through a several-month hospitalization that split our family between two states.

And, all this time, I was running a company: the child health search engine startup, Sleuth. I had co-founded it in 2020, inspired by how hard it was to figure out and get help for her confusing (but stable) symptoms, and the mission became even more important to me when we were given such a serious diagnosis.

Running a business while caring for my daughter was challenging, but strangely enough, that summer of hardship in 2021 made me a better entrepreneur and leader. Here’s how I changed.

I learned how to write my own business rules

I lay next to my daughter in a three foot wide hospital bed for 68 nights. She had fallen asleep and I spent the next few hours with one arm under her head while listening to inspirational podcasts to prepare for the next day.

In those moments of silence, I knew that the same person would never come out. And then how could I play the same business game I was playing before? I had been working so hard to be palpable to investors and other stakeholders in the startup ecosystem, sticking to a playbook that I thought all VC-backed entrepreneurs needed to follow.

But I wasn’t like the others: I was a South Asian mother of a child with special needs who built a company based not on a desire to build the next unicorn, but on my challenges in getting the information I needed. Subconsciously, I always knew how atypical I was, but enduring the worst scenario of my life freed me to go live my own playbook.

From there, my voice—on social media, with investors, with partners—became my own and unapologetically. For example, I thought early stage founders had to look or sound a certain way to be taken seriously, like they had it all figured out, but now I just show up on IG Lives exactly as I am: a working mom, that maybe he didn’t have it. got enough sleep the night before, but who is determined to use technology to facilitate children’s health.

I stopped outsourcing my confidence

It is impossible to impart the details of what it is like to parent a child with medical needs. But when close friends remind me to stop and appreciate how extraordinary it is to co-lead a startup and have a special needs child at the same time, I realize that my strength runs deep. Each of us has unique circumstances that seem unbearable to someone but can be a source of strength to ourselves.

Now, I turn to myself for answers and confidence instead of looking to others for affirmation. My tone has shifted from trying to convince people about Sleuth to having inside knowledge that we’re building something that’s a no-brainer. I once threw Sleuth into a Clubhouse room and got scathing criticism of the idea from a judge. Another time, I was told by an experienced business operator that I didn’t have enough “technical skills”. In the past, such comments may have crushed me. But now that I have confidence in my own strength, I always know that this is not only the right path for me, but a path that will succeed.

I learned to cope better with harsh realities

Sometimes it’s hard to pivot when a tactic or strategy isn’t working, but now I’m clearer than ever what works and what doesn’t. For example, I spent two months cultivating relationships with a set of health-focused partnerships, and just before signing two deals, I pulled out because the timing wasn’t right. It was a huge win to build credibility with these beloved organizations, and it felt silly to pull out, but we just didn’t have the bandwidth for a deep commitment. It’s much easier to quickly change course for the health of the company without feeling like I have to double down on a previous position because I can’t admit I was wrong.

I realized that sometimes there is only one priority

At first, I tried to work while my daughter was hospitalized. After berating myself for a failed online event, a doctor friend called me to initiate an intervention. “You’re literally in the middle of trauma,” he told me. “Waiting this long is not reasonable. The only things you have to do are eat, sleep and be with your baby – you are doing amazing, i the fact that you are still standing is a great achievement in itself.”

I learned that emergency situations like this require me to drop all the balls and focus on just one, and from then on I did. If I hadn’t focused solely on managing my daughter’s care while she was in the hospital, she would not have healed well today, and I probably wouldn’t have been able to go back to work.

As an entrepreneur, it’s normal to juggle multiple priorities, but this situation reminded me that there are times in business that also require my full attention (and not just in crisis situations). In May, I was invited to the White House for a reception with President Biden, and I wanted to make the most of the unique opportunity. I got to the security gate first, which allowed me to be in a good position when the president made a speech and left the stage. In a sea of ​​other people, I managed to introduce Sleuth to him, take a video with my left hand while my right hand had to shake his, and get the White House to tweet our picture. It was a deep opportunity, and one that came from being absolutely present and focused in the moment.

I learned that data is an antidote to the spiral

One of the best pediatric neurosurgeons left the timing of my daughter’s surgery to us, her family. It was daunting and a decision unlike any I had ever faced. Our choice could change the course of his life forever.

But we were deliberate. We called every doctor we knew and asked them to connect us with other neurosurgeons. We talked to each of them and took meticulous notes. We drew decision trees and worst-case scenarios and rated them based on the severity of their discomfort and current symptoms. Ultimately, gathering the relevant data points allowed us to make a decision that we still stand by today.

The fidelity of having a data-driven decision process:i drive stakeholder transparency – stay with me. When I feel anxious about his future or faced with an important decision about Sleuth, I pause and gather the facts. It always paints a different picture than when the only tool I paint with is my emotion.

As a business owner, there are many tempting shiny objects to pursue, such as partnerships, potential investments, or PR visibility. An opportunity to speak in LA came up during the winter in New York, and within minutes, my mind was already drifting to get on the plane, land in 80 degree weather, and give the speech of a lifetime . But when I calculated the data—the travel costs, the time off work, the dubious return on investment—it was clear I had to pass.

I saw that breaking is not a sign of failure; it’s a signal to ask for help

Seeing my daughter suffer broke me, but I didn’t want her to feel my fear. Most days I’ve been juggling acting as an actress: a cheerleader to keep her motivated through therapy, an advocate for proper medical care, and a powerhouse to befriend all the nurses. .

But it caught up with me and one morning I broke down in desperate tears in front of a child life specialist, Kristi. He looked me in the eyes and said, “I got you.” He quickly sent me away with instructions not to return to the hospital before evening. She pushed the rest of the care team to make sure my little one was busy and happy, and I came back with much needed mental relief.

There are similar resources for the entrepreneur who carries too much on his shoulders; sometimes the hard part is having the courage to use them. This is perhaps the hardest lesson for me to learn and practice, as the dominant narrative of building a startup is to hurry at all costs.

But I am grateful that I have learned to lean on my co-founder and my supporters. Surprisingly, being open when I’m struggling has given me more and better opportunities than before. I post on social media about my challenges as a medical mom and founder, and from that I’ve been invited to three podcasts, landed a regional TV interview, and cultivated deeper relationships with early adopters and investors

Putting on my oxygen mask is not the act of desperation I once thought; it is an act of grace that ensures that I am giving both myself and my company the best circumstances to grow and prosper.

July 2022 marks one year since my daughter’s diagnosis. It continues to amaze me how much I have changed as a person and as an entrepreneur. And while I wish I didn’t have to go through that, I’m aware that the experience resulted in a powerful transformation that empowers me with the courage to bring Sleuth’s vision to life.