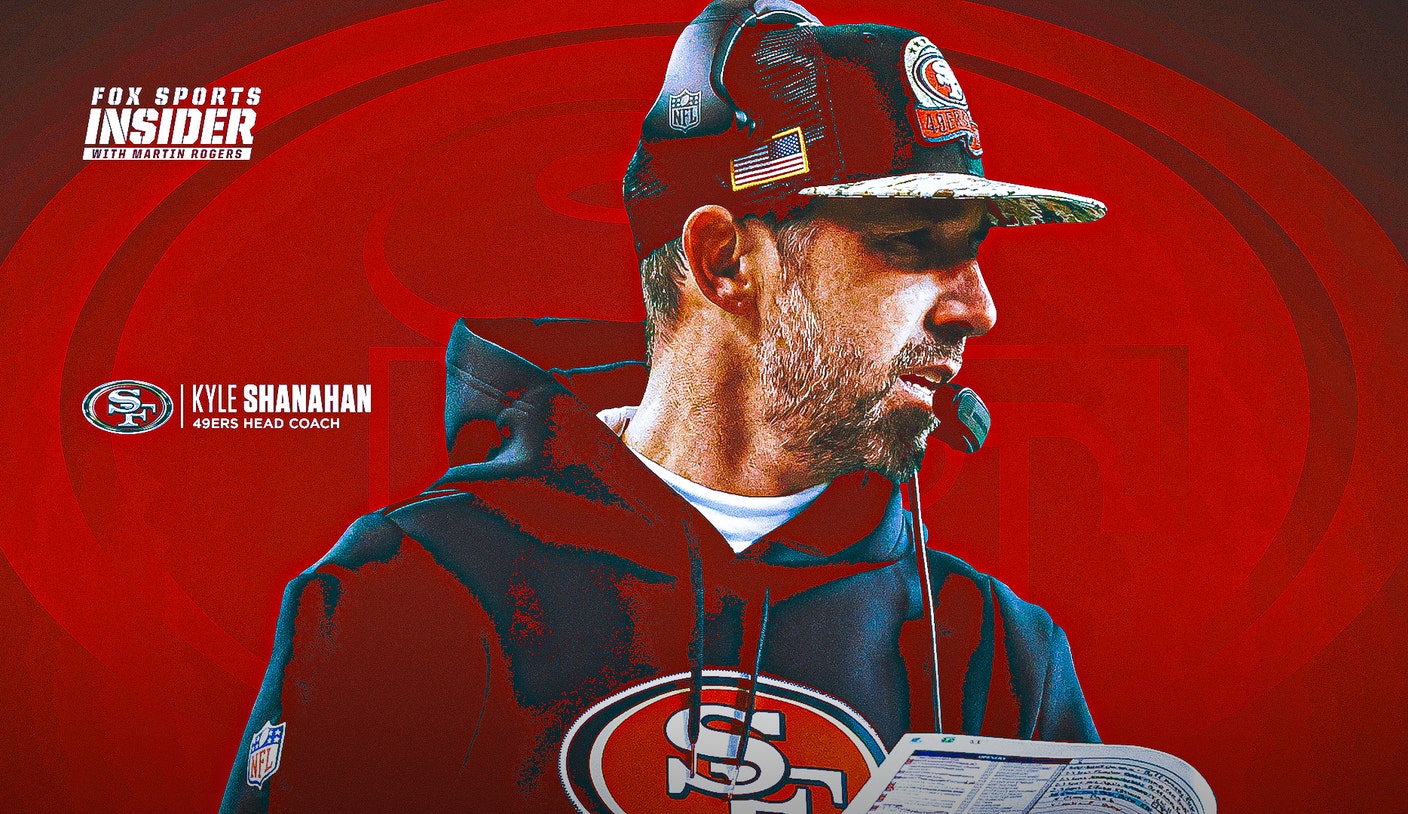 Either Brock Purdy is a prodigy, Kyle Shanahan is a genius, or the San Francisco 49ers’ offense includes such outrageous talent at receiver, running back, tight end and left tackle that other limitations are moot.

Heck, perhaps the most interesting team heading into the NFL playoffs had more than a little good fortune along the way, in terms of the teams it faced and when it played them.

Quite rightly, a San Francisco fan base smelling a Super Bowl doesn’t care much either way.

All combinations of the above are in play as the 49ers prepare to host the Seattle Seahawks (Saturday at 1:30 p.m. PT on FOX and the FOX Sports app) and look to keep their monumental momentum going.

We’ll never really know which factors mattered more in producing 10 straight wins, five of them since Jimmy Garoppolo went down with a broken foot that also seemed to hurt the hopes of a team that fell in the Championship game of the NFC last season.

What is certain is that there is something up here; something at least very unusual if not inherently special. Purdy, as you know, Mr. Irrelevant from the most recent draft, he doesn’t feel remotely like a rookie quarterback thrown to the winter wolves, unprepared for elimination action.

He’s possibly the calmest boss in the room, accepting a role and its restrictions, which, to be fair, are locked down specifically for his protection.

“System quarterback” is an unkind term when used disparagingly because it misses a couple of key factors. First of all, there is nothing easy about being a system quarterback. It’s just a different kind of job.

“I have so many playmakers around me,” Purdy told reporters. “I feel like I don’t have the weight of the world on my shoulders to come up with something or make plays. Man, Kyle calls a great game plan.

“I just have to distribute it to the guys and then they go away with all the yards and stuff, which is fun to see. In college, I feel like sometimes I had to come up with it and I felt a little more pressure .”

Purdy’s situation is like taking an easy class in high school, but in which nothing but an A+ will count. Compared to other older QBs or signal callers from teams with less offensive help, the tasks he is asked to perform are of a much lesser degree of difficulty.

But he’s doing it without fear or hesitation, racking up 13 touchdowns, a 67.1 completion percentage and a 107.3 quarterback rating.

“He’s hard on himself,” Shanahan said. “He usually knows what he’s done right or wrong before you get to him.”

Of course, yes, system marshal. But what a system it is.

In fact, Shanahan has a lot of playmakers and makes full use of them. There’s Christian McCaffrey leaping and weaving his way through defensive minefields, Deebo Samuel’s gritty spirit and exquisite positioning, George Kittle combining power with magical hands, plus options like Kyle Juszczyk and Brandon Aiyuk who could be franchise figures elsewhere.

For Purdy, it’s a case of the KISSS principle: Keep It Simple… Shanahan says, and yes, I’ve just adapted a well-worn mnemonic to suit my peculiar sense of humor.

But there’s no fun in trying to figure out the Seahawks and Pete Carroll puzzle, because with so many elite picks, there’s really no way to load up on any of them.

The Niners don’t look past Seattle, but many will on their behalf. FOX Bet has San Francisco as the favorite with 9.5 points.

“(Purdy) plays with some tempo, he’s accurate, there’s some lead stuff,” FS1’s Colin Cowherd said on “The Herd.” “He’s more accurate than Trey Lance and more athletic than Jimmy Garoppolo. And they’ve surrounded him with a lot of good players.”

It’s a serious turnaround from a 3-4 start when things weren’t particularly rosy. McCaffrey has been a great addition, his play in Carolina has turned the offense into the most complete in football.

Shanahan’s system works, despite all the differences from how they thought things would go down the stretch. The campaign began with Lance being handed the keys to the future, before his injury brought Garoppolo back into the fold, just months after pulling out his locker and looking like he was destined for an exit.

Now it’s Purdy, who spent part of last summer in Newport Beach, Calif., being a good sport as part of the Mr. Irrelevant, accepting the “Lowsman Trophy”, just enjoying the fact that he had been selected as he went. to get an NFL shot.

I could never have predicted it at the time, because no one could. Give it all the tags you like; Mr. Irrelevant, system quarterback, unproven rookie … none of them can take away the feeling that Purdy looks ready.

And that the team that believes in itself perhaps more than any other right now, also — scheme friendly or not — believes in him.