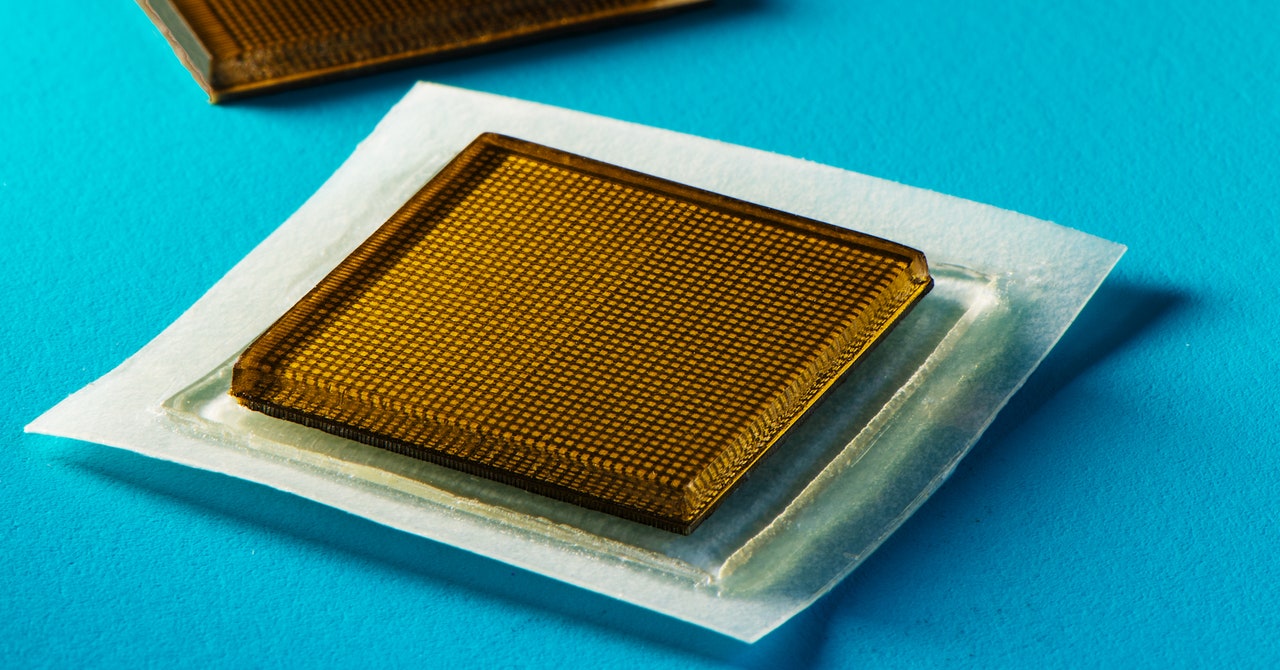 When a patient goes to a clinic for an ultrasound of the stomach, they lie on crumpled paper on an examination table. A doctor spreads a thick mass on the abdomen, then presses a small probe into it to send sound waves into the patient’s body. These waves bounce off your soft tissues and body fluids, returning to the probe to be translated into a 2D image. As the probe moves over the person’s stomach, a blurry black-and-white image appears on the screen for the doctor to read.

Although ultrasound technology is a staple in many medical settings, it is often large and bulky. Xuanhe Zhao, a mechanical engineer at the Massachusetts Institute of Technology, aims to miniaturize and simplify everything and make it portable. In an article published today in science, Zhao and his team describe their development of a tiny ultrasound patch that, when attached to the skin, can provide high-resolution images of what’s underneath. Scientists hope the technology can make ultrasound convenient for long-term follow-up, perhaps even at home instead of a doctor’s office.

Because ultrasound equipment is so large and requires an office visit, Zhao says, its imaging capabilities are often “short-term, for a few seconds,” limiting the ability to see how an organ changes with the time. For example, doctors may want to see how a patient’s lungs change after taking medication or exercising, which is difficult to achieve in an office visit. To address these issues, scientists designed a patch, about 1 square inch in size and a few millimeters thick, that can be placed virtually anywhere on the body and worn for a couple of days “It looks like a postage stamp,” says Zhao.

The patch is multi-layered, like a candy wafer, with two main components: an ultrasound probe that is stacked on top of a coupler, a material that helps facilitate the transmission of sound waves from the body probe The scientists designed the probe to be thin and rigid, using a 2D array of piezoelectric elements (or transducers) sandwiched between two circuits. Chonghe Wang, one of the study’s co-authors, says these elements can “transform electrical energy into mechanical vibrations.” These vibrations travel through the body in the form of waves and are reflected to an external imaging system to be translated into an image. These vibrations, Wang adds, “are totally non-invasive. Humans cannot feel them at all.”

To create the ultrasound probe, the scientists used 3D printing, laser micromachining and photolithography, in which light is used to create a pattern on a photosensitive material. The probe is then coated with a layer of epoxy, which helps protect it from water damage such as sweat. Because these techniques are high-throughput, the scientists say, a device can be made in about two minutes.

The gelatinous coupling layer helps these ultrasound waves travel through the body. Contains a layer of hydrogel protected by a layer of polyurethane to retain water. All of this is coated in a fine blend of polymers that act as a strong glue-like substance to help everything stick together. The scientists found that the patch can adhere to the skin for at least 48 hours, can be removed without leaving any residue and can withstand water.

The MIT team is among a small group of labs that have produced similar miniaturized ultrasound devices in recent years. Labs at UC San Diego and the University of Toronto are working on related projects: Wang produced an earlier patch model at UCSD. But they were often limited in their imaging capabilities or larger than the size of a postage stamp.