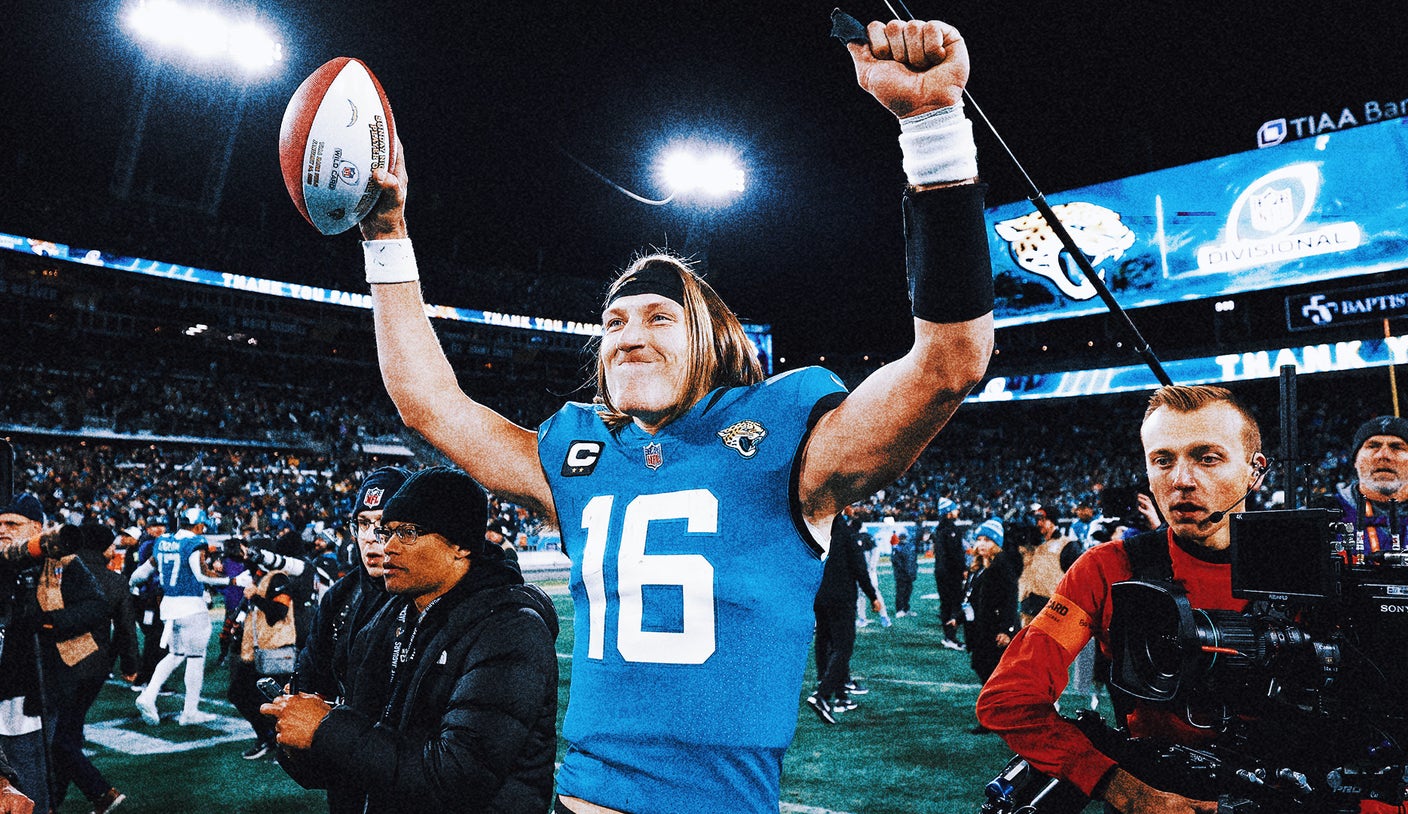 Trevor Lawrence is still undefeated on Saturdays in the NFL, just as he was in high school and college at Clemson. And after Lawrence overcame four first-half interceptions to lead the Jaguars to an epic 27-point comeback over the Chargers in their wild-card game, he and his entourage celebrated in one of the best ways possible.

FOX Sports has yet to confirm what exactly the Lawrences ordered, but Trevor was seen drinking from a coffee mug on Marissa’s Instagram story.

Trevor Lawrence, who threw for four touchdowns and 288 yards to engineer an impressive turnaround after his awful start, has always seemed to march to the beat of his own drum.

For his part, Lawrence tweeted a meme after Saturday’s win that perfectly summed up the game and, judging by his postgame comments, the Jaguars’ 2022 season as a whole.