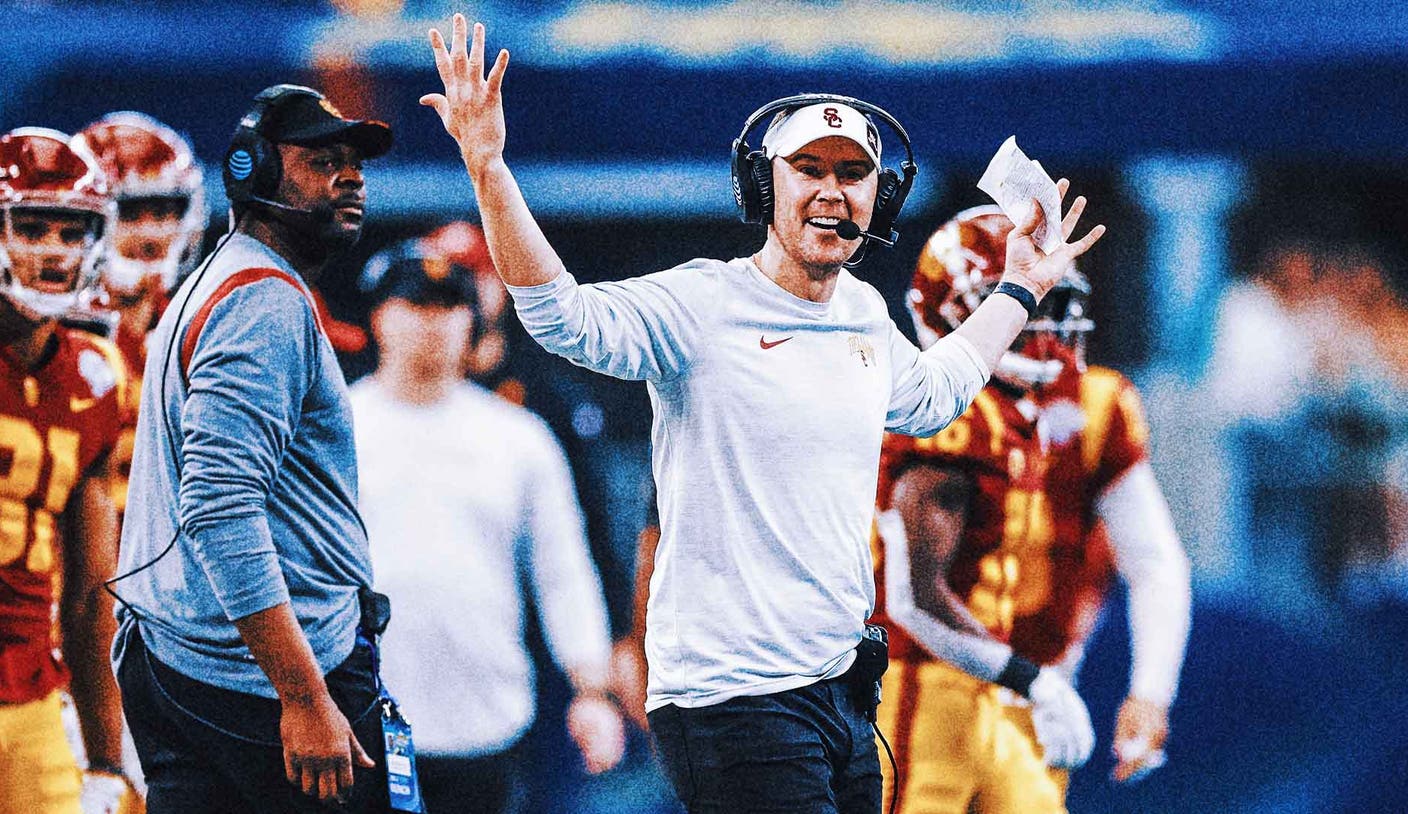 Caleb Williams said he wasn’t limited by a hamstring injury that many thought would keep the Heisman Trophy winner out of the Cotton Bowl.

To that point, the Southern California quarterback said he should have run with an open field in front of him on a play where he threw an interception. The pick gave Tulane an early spark in the Green Wave’s 46-45 victory Monday.

A late safety by an offense that didn’t punt gave No. 14 Tulane the opening to end a frantic rally, and the same defense that gave up a 87-yard touchdown pass right after Williams’ pick he couldn’t get the final stop.

It was the second time this season that Williams watched the decisive score from the sideline, with little or no time to do anything about it.

“I always like the ball in my hands with the offense and me out,” Williams said. “But I also like my defense to be out there. They’ve had games where they’ve stopped people multiple times so we can go put up points.”

The eighth-ranked Trojans (11-3) wouldn’t have needed points if they had pulled off a late stop at Tulane. Instead, USC had to settle for tying the biggest turnover in school history when Alex Bauman caught a 6-yard pass with 9 seconds left.

USC hired coach Lincoln Riley out of Oklahoma after going 4-8 last season, and Williams soon followed as a transfer. The Green Wave (12-2) handed Riley its first loss in six games at AT&T Stadium, home of the Dallas Cowboys.

Leading by eight with four minutes left, the Trojans were at their 1-yard line after Mario Williams muffed a punt out of bounds. Austin Jones was stopped for no gain on the first play, then fell into the end zone on the second.

The Green Wave converted two fourth downs on the 66-yard drive for the winning points. Bauman’s catch was ruled incomplete, but replay showed him holding on to the ball and keeping it off the ground as he and linebacker Eric Gentry turned on the tackle.

“Obviously, we put ourselves in a phenomenal position to do that and then all three right there at the end with the kickoff and the safety and then not getting the stops we needed defensively,” Riley said. “All three parties contributed.”

Williams injured his hamstring in the 47-24 loss to Utah in the Pac-12 championship game, which kept USC out of the four-team College Football Playoff.

With a national championship no longer in the cards and the school announcing that Williams had a major injury, the focus seemed to turn to next season and, presumably, Williams’ final run in the CFP before turning pro. The 20-year-old is not yet eligible to enter the NFL draft.

Williams elected to play in USC’s first Cotton Bowl in 28 years, and was even among five players who handled fullbacks on a desperate final drive from the USC 15 as the clock expired.

“It will last,” Williams said. “You lose the last game of the season, you go into the offseason, you burn out. Don’t have another game after that. It’s going to burn out.”

Williams said he would do his part, recruiting and otherwise, to help the Trojans improve the roster. Clearly, the focus will be on the defense after USC gave up 305 yards rushing, the fifth time this season it has allowed at least 500 total yards.

“We know the areas we need to improve,” Riley said. “We didn’t come here on a one-year deal. This one hurts, but it gives total clarity on what we need to do next.”