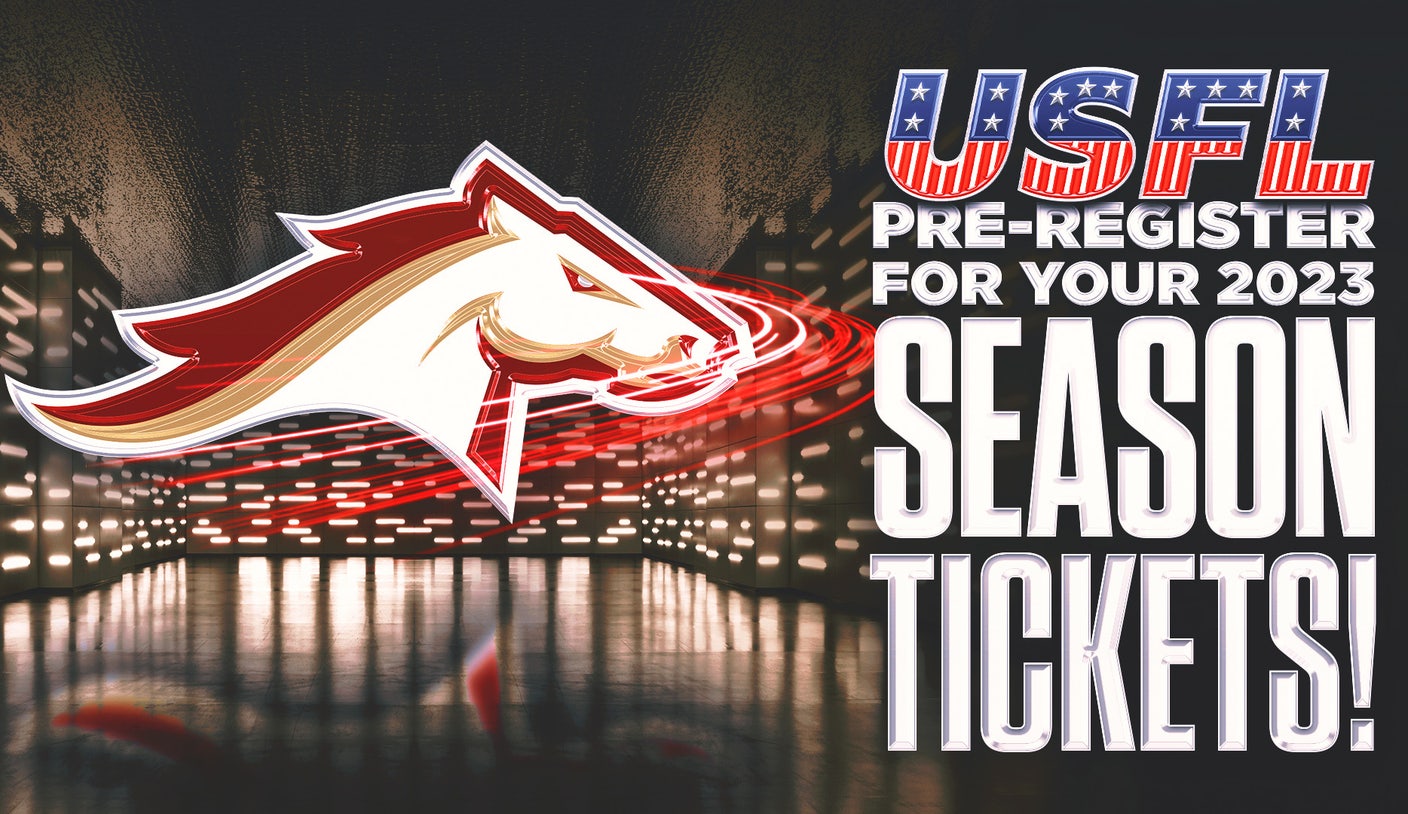 [Fans can pre-register for 2023 Stallions Season Tickets via Ticketmaster]

BIRMINGHAM, Ala. – USFL leaders and Birmingham announced on Monday that the 2022 Birmingham Champions Stallions will begin their title defense on Saturday, April 15 at Protective Stadium. Fans can lock in priority access to 2023 Stallions games by visiting Ticketmaster to make a $25 season ticket deposit. After registration, fans will be contacted regarding seating preferences and package pricing.

Stallions head coach Skip Holtz and star running back Bo Scarbrough will be in Birmingham on Monday to celebrate the team’s championship with members of the community. Both will meet with Stallions fans Monday evening from 4-7pm CT at Avondale Brewing Company. The USFL championship trophy will also be on display.

“Bo and I are thrilled to be back in Birmingham today to celebrate our USFL Championship with our fans,” Holtz said. “We can’t thank our fans enough for the incredible support they gave us during our championship run during the USFL’s inaugural season. All of our players and coaches look forward to coming home to Birmingham next March for training camp and getting our title defence. at the Protective Stadium on Saturday 15 April.”

“The city of Birmingham is honored to have played home in the USFL’s inaugural season,” said Mayor Randall Woodfin. “Our community embraced the Birmingham Stallions and rallied behind them as they won the USFL Championship. We look forward to partnering with the other stakeholders again to host the Stallions this spring as they defend their title.” .

The USFL is the first major professional spring football league in nearly 40 years to complete a successful inaugural season and return for a second season. After the USFL’s eight teams competed in Birmingham through the 2022 season, the league announced in June that it will expand to other markets in 2023. While the USFL will announce more details at a later date, city officials and of the league confirmed that Birmingham will host the New Orleans Breakers and new head coach John DeFilippo during the 2023 season.

“Thanks to the USFL, Birmingham had an incredible opportunity to showcase the city on network television as one of the top cities and premier sports destinations in the country. We are excited to continue to highlight the great city of Birmingham this spring,” he said Alabama Senator Jabo. Wagoner

“The Convention and Visitors Bureau is looking forward to another fun and exciting USFL season this spring. The CVB will partner with the BJCC to bring the USFL to Birmingham for Season 2. The USFL’s inaugural season generated a significant economic impact for the city of Birmingham as players, coaches and fans from across the country were able to explore Birmingham and experience our southern hospitality through world-class hotels, restaurants, venues and more ,” said John Oros, president and CEO of the Greater Birmingham Convention & Visitor Bureau. .

“The BJCC is proud to host the USFL and the Birmingham Stallions for their inaugural season in Protective Stadium’s opening year. We look forward to hosting another great season of USFL football,” said Tad Snider , executive director and general manager of the Birmingham-Jefferson Civic Center. authority

Holtz and Scarbrough are thanking Birmingham fans, local public leaders, businesses and organizations for their support while stressing that the USFL is here to stay.

“Last season, I learned that it’s great to play in Birmingham, but it’s an honor to play in Birmingham,” Holtz said. “Thanks to our fans, the USFL is now a proven and stable professional football brand on the national stage. Returning to Birmingham today is another sign of the USFL’s long-term commitment to this region. The league has more exciting news soon..”

“It’s important for Birmingham fans to know that the Stallions are here to stay and we’ll be here for Season 2 and beyond,” Holtz continued. “Along with our fans, we made history last season by going 11-1 and bringing home the USFL’s first championship trophy in the Magic City. Let’s make more history together and make it in 2023. Up!” “