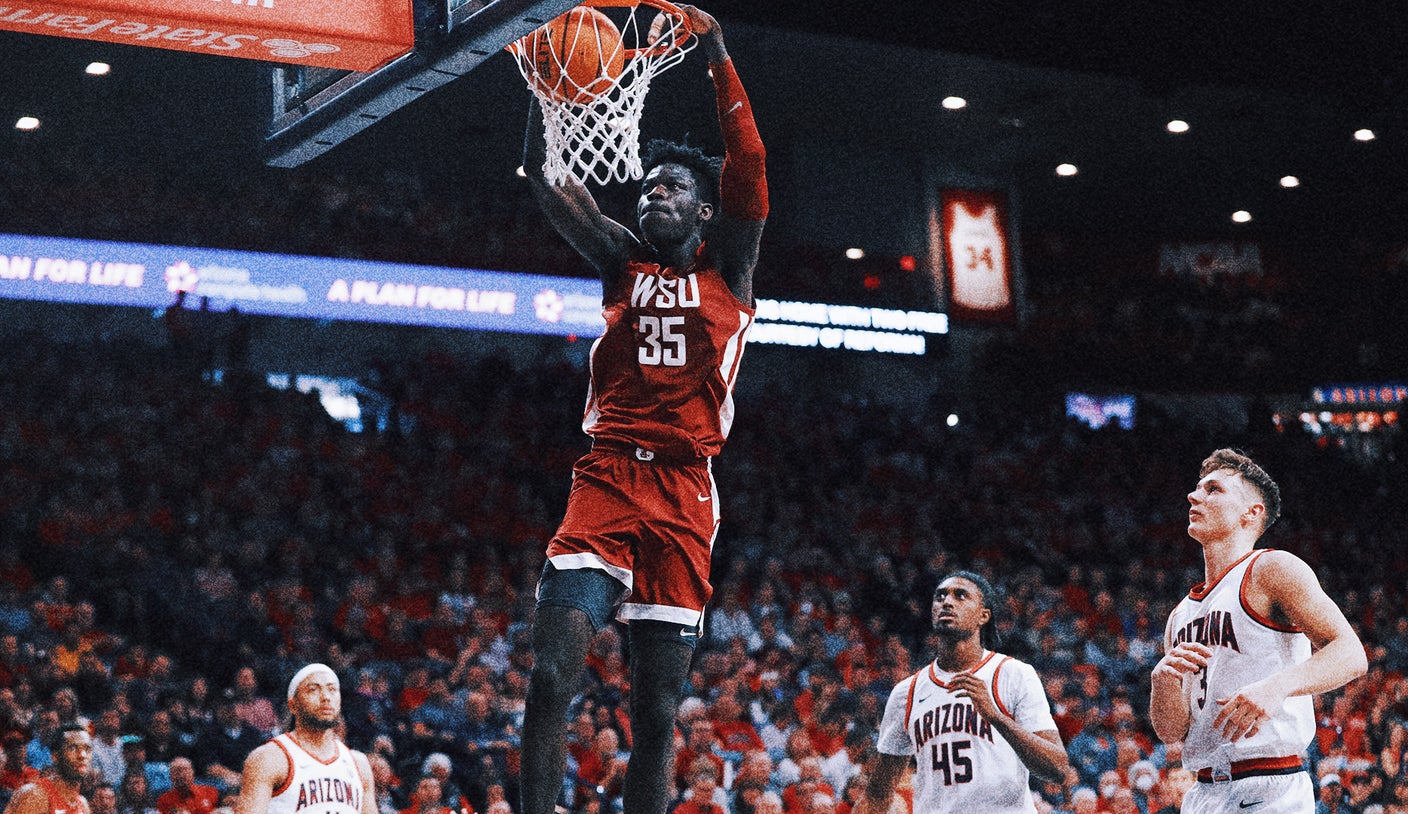 Mouhamed Gueye had 24 points and 14 rebounds, and Washington State ended No. 5 Arizona’s 28-game winning streak with a 74-61 win on Saturday.

The Cougars (7-10, 2-4 Pac-12) shut down Arizona’s previously potent offense, creating a rare tepid atmosphere inside the McKale Center. Washington State built an 18-point lead midway through the second half, held off Arizona’s final drive and shot 12-for-28 from 3-point range to end what had been third-longest active winning streak in the nation.

The Wildcats (14-2, 3-2) struggled offensively for the third straight game, shooting 32 percent and 4-for-25 from the 3-point arc. Arizona had its fewest halftime points (27) in two seasons under coach Tommy Lloyd and ran out of gas after a 12-2 run cut the Cougars’ lead to five.

Azoulas Tubelis had 29 points and 14 rebounds for Arizona.

Arizona got defensive while its high-octane offense went down in fourth gear the previous two games.

Once the nation’s top-scoring and best-shooting team, the Wildcats scored a combined 139 points against Arizona State and Washington, winning both behind their defense.

The Wildcats struggled offensively again against Washington State, forcing several contested shots inside while going 1-8 from 3 in the first half.

As he did against Washington, Tubelis was the only Arizona player to make much of an impact offensively, scoring 15 points on 5-of-11 shooting. The rest of the Wildcats combined to go 4-for-16.

Arizona’s defense had some success, holding the Cougars scoreless for over 4 1/2 minutes and going 7-for-22 on 2-point shooting. Washington State made up for it by going 7-for-15 from 3, taking a 37-27 halftime lead on TJ Bamba’s 3 at the buzzer.

Washington State led by 13 early in the second half and continued to hit shots every time Arizona tried to make a run.

DJ Rodman hit a 3-pointer after Washington State broke Arizona’s full-court press and another the next possession. Arizona then gave Gueye a free run down the middle of the lane for a dunk that put the Cougars up 55-37.

Arizona turned up the defensive pressure, holding Washington State to two free throws in just over five minutes, cutting the lead to 61-56 on a 12-2 run.

It turned out to be the last gasp for the Wildcats. Washington State got the lead back to double digits and Wildcats fans in the exits.

Washington State came into the desert as the Pac-12’s most prolific 3-point shooting team. The Cougars were again good from the arc and played super defensively to knock off a top 5 team on the road.

Arizona needs to find a way to get their offense going again. Once scoring over 90 points per game, the Wildcats have failed to eclipse 70 in three straight games since the non-conference schedule ended. A drop in the AP Top 25 will arrive on Monday.

Washington State then hosts California on Wednesday and Arizona plays at Oregon State on Thursday.