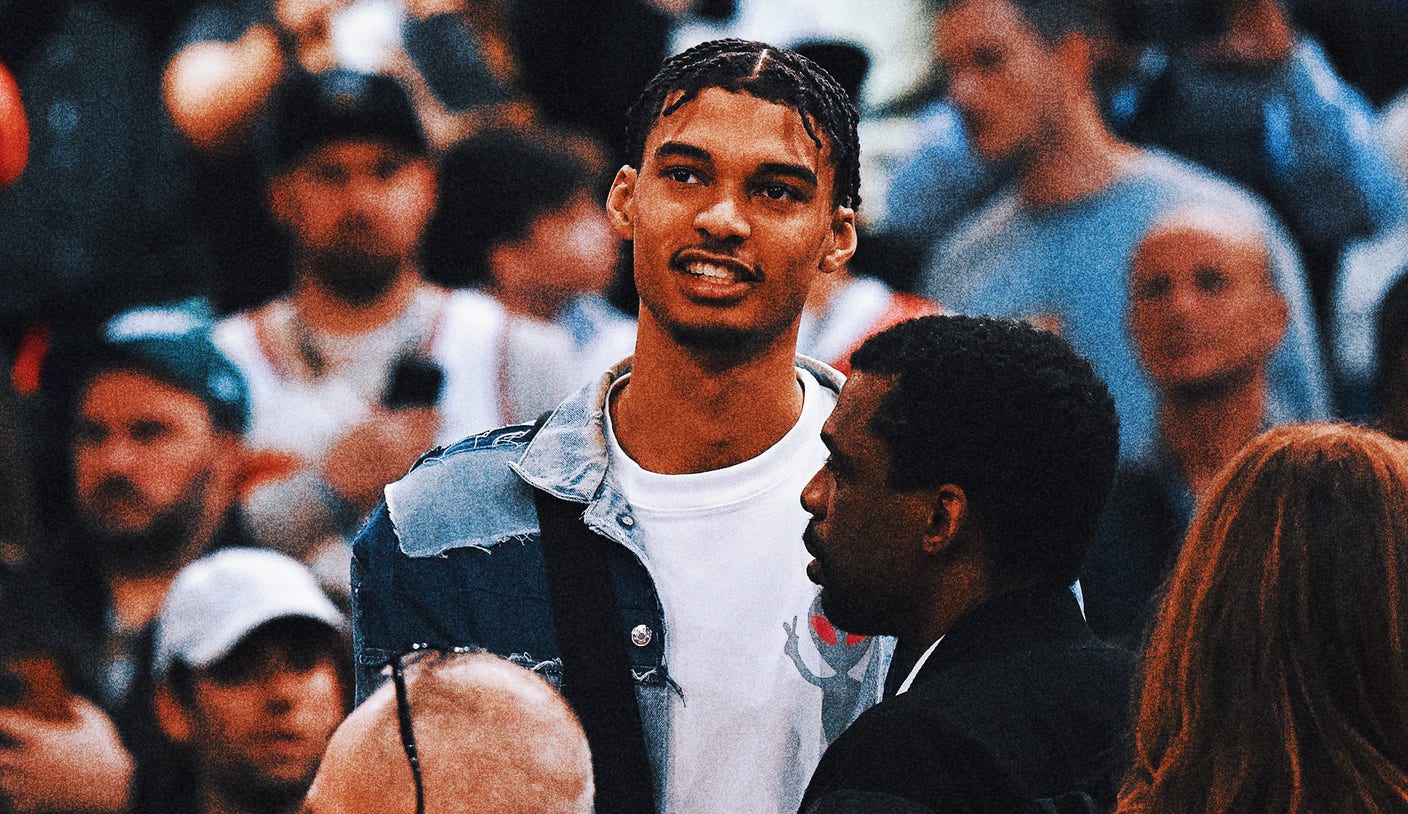 PARIS (AP) — It was a maze of people, all crammed into a space about three feet wide that separated the courtside seats at the Accor Arena in Paris from the pitch. Everyone wanted pretty much the same thing, a look at a French teenager who is the talk of the basketball world. They held up their phones to take pictures as he walked down the sideline, extended their hands to greet each other, most of them talking or shouting at the same time.

His 7-foot-3 frame just glided through the group with ease as he looked over everyone and made his way to his seat. He found his chair, sat down, contemplated the scene for a moment, and went on chatting with his family, almost oblivious to the spectacle going on around him, smiling and laughing and enjoying it all.

This is life now for the 19-year-old, the best player in France, the presumptive No. 1 pick in the NBA Draft later this year, the leading scorer and rebounder in his country’s top professional league, the All-Star Game MVP. of this league, someone just months away from signing an NBA rookie contract that will pay him more than $50 million over his first four seasons and land endorsement deals that can make his basketball paychecks look like a pocket change

[Victor Wembanyama is the NBA’s future, and resistance is futile]

Wembanyama’s averages of 21.4 points, 9.4 rebounds and 3.2 blocks per game lead the French league. His team, Metropolitans 92 de Boulogne-Levallois, is 14-4 and in second place at the halfway point of the season. Wherever he goes, the arenas are packed, so much so that his club has moved a home game in May from its own 4,000-seat arena to the Accor Arena where the Pistons and Chicago Bulls played in front of crowds of 15,885 on Thursday night with Wembanyama. there as a fan.

He really tries to make it that simple. The people around him—his basketball team, his agents and advisors, and his family—are trying to do everything they can to make sure Wembanyama enjoys his season. Interviews aren’t part of his daily routine right now, though media requests from around the world are a constant and will only increase as the NBA draft lottery, combine and get closer

However, its drawing power is unmistakable. Case in point: In Thursday’s game, Wembanyama wasn’t looking for the stars. The stars who were there, Formula 1 drivers, former NBA players, even Magic Johnson, sought him out.

“I had the opportunity to meet and talk with the best player in the world and the number one pick in this year’s NBA draft, Victor Wembanyama!” Johnson tweeted, adding a couple of photos that showed his 6-foot-9 self only to be dwarfed by the tall teenager.

Officially, Wembanyama cannot be discussed by NBA teams yet as he is only a draft prospect. There hasn’t been a draft with such a small amount of mystery surrounding the No. 1 pick since LeBron James entered the league in 2003. The question isn’t who will go No. 1, but who will pick No. 1, which that will do it will be decided by the order of how the ping-pong balls fall in the May 16 draft lottery.

The draft is June 22, and NBA commissioner Adam Silver will take the stage, say a brief welcome, then announce which team has the No. 1 pick and how they have five minutes to make their selection. He shook hands with Wembanyama for the first time on Thursday night in a private greeting; he’ll shake it up again with the world watching when he announces the No. 1 pick in the draft, too.

Until that night comes, Silver is trying not to do anything that will add to the pressure Wembanyama is facing or will soon be facing.

“Everything I’ve heard has been very positive,” Silver told The Associated Press in Paris on Thursday. “Not only because of his size, his strength, his agility, his ability on the court, but I’m told he’s a wonderful young man and he’s very bright, very committed and humble at the same time.

“I just want to be fair to him,” Silver added. “You know, I don’t think it should be my role to anoint him as the next great. I’ll let other people do that. But I know the league is excited to have him. And the fact that he’s French, and the the interest it will generate for this country but also for Europe is not lost on me. And, therefore, everything positive so far.”

There is no sign that Wembanyama is not enjoying all the buzz, all the hype. In a road game in Dijon earlier this week, the home team raced to a quick double-digit lead over Metropolitans 92 and a sold-out crowd was screaming and stomping. Wembanyama did not react much; he went to the bench to rest, cheered teammates on as they cut the deficit, then returned to the floor and made three 3-pointers in a relatively short span to silence the building and help set the tone for another victory.

He went about his business, just as he did when he tried to find his seat on Thursday. He’ll be the center of attention wherever he goes for a long time, and few have any doubts that he can handle whatever is thrown his way.

“The sky’s the limit, for sure,” said Joakim Noah, a two-time NBA All-Star from France. “It has a lot of potential. But the journey has yet to be written.”