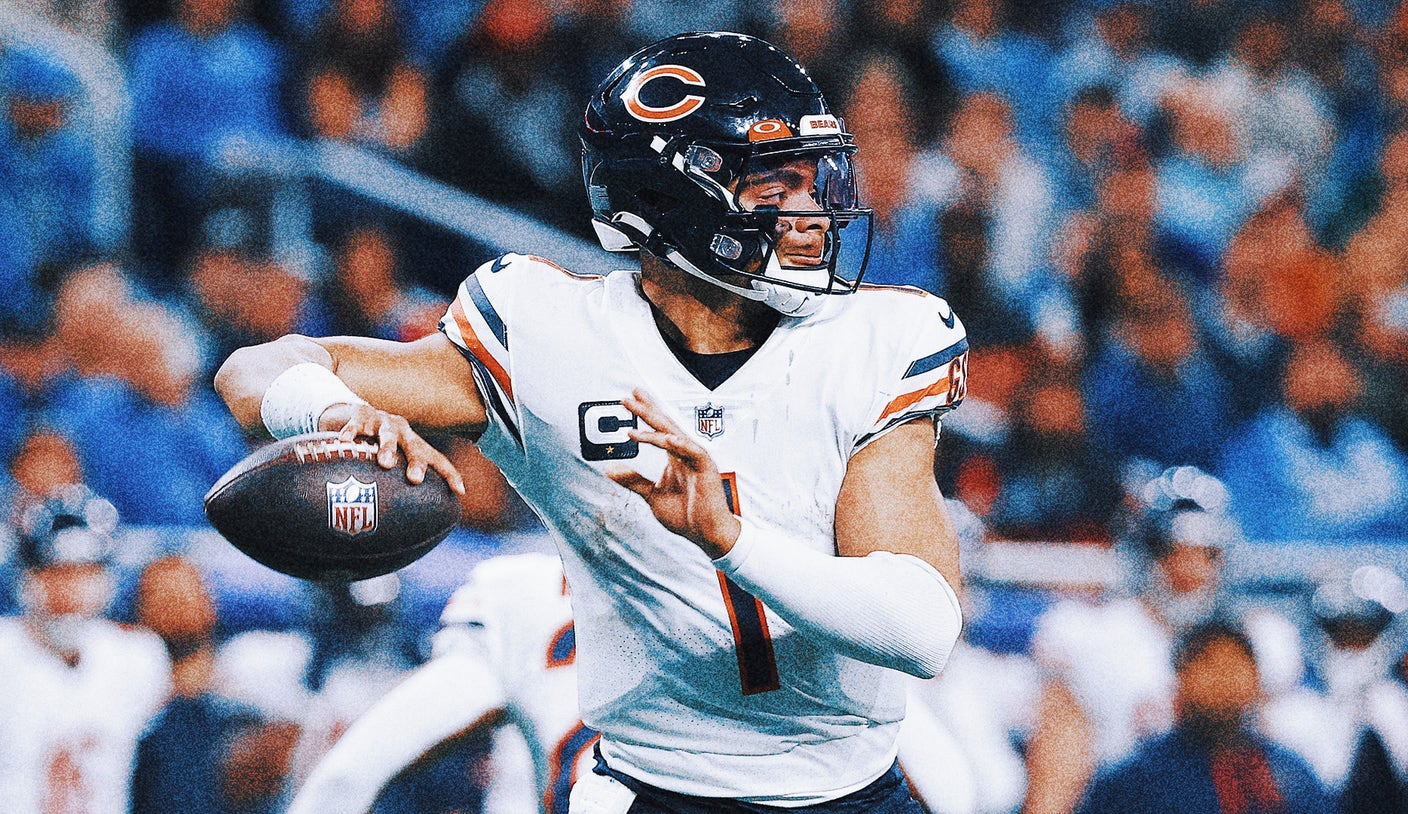 The Chicago Bears have the No. 1 pick and their franchise quarterback…or do they?

In his postseason press conference this week, Bears general manager Ryan Poles was predictably pressed about his passing situation.

He actually brought up quarterback Justin Fields in his introductory remarks without prompting, giving a generic assessment of the developing player.

“I thought Justin did a good job,” Poles said. “I thought we changed a lot. We adjusted. We tried to put him in a position to be successful. He showed the ability to be a playmaker, to have an impact. He can change plays quickly.”

Everything is true. Fields finished his second NFL season with 1,143 rushing yards, just 63 shy of Lamar Jackson’s single-season rushing record for a quarterback. It was good for the seventh-highest of any player — yes, even running backs — in the league in 2022. Fields was the Bears’ offense, but not in the traditional way a quarterback is.

“I think I talked about when I first got here: I wasn’t thrilled with how we protected the quarterback as far as getting him off the field and that attitude and that physicality,” Poles said. “He’s a reason we ran the ball so well. We finished. We had an attitude. We had an identity. That’s a lot because of guys like him.”

What should the Bears do with the No. 1 pick?

This is the first time the Bears have owned the No. 1 pick since 1947. Colin Cowherd suggests what Chicago should do with it, including moving down the draft.

But as the old saying goes, “you can’t have it all,” and Fields was no exception. While he broke several career records both league-wide and within the Bears franchise, his passing stats also set records, and not the good ones.

Fields had just 2,242 passing yards, completing 192 of 318 pass attempts for 17 touchdowns and 11 interceptions in 15 games. The Bears had the league’s worst passing offense by a wide margin, scoring an average of just 19.2 points per game.

“Does it have room to grow?” The Poles asked rhetorically. “He does. He needs to improve as a passer, and I’m excited to see him take those steps as we go forward.”

Poles said he’s looking for things to slow Fields down so he can react and anticipate more quickly.

“Obviously with that, we also have to continue to build around him so he can do that consistently as well,” he said.

Herein lies the key to Fields’ position with the club. Are they willing to continue to be patient and invest more resources to help him reach his potential? Don’t forget: Poles didn’t draft Fields. It was inherited. And while Poles is more than familiar with Fields at this point, is his performance this season enough to have “sold” him that the GM is willing to put his own neck on the line for the QB? Because that’s what’s at stake here. If CEOs are going to die on a hill, they often want to die on their own hills.

Now, add the fact that the Poles have all the resources at their disposal to acquire as many hills as they want and the additional capital they could get in a Camps trade, and it’s no wonder that speculation begins to swirl about the possibility let the Bears be there. the market for a quarterback with the No. 1 pick after all.

“We’re going to do the same thing we’ve always done,” said a noncommittal Pole. “We’ll evaluate the draft class, and I would say this: I should have been surprised to make that kind of decision.”

This is not closing the door. And for all we know, Alabama’s Bryce Young or Ohio State’s CJ Stroud could be impressed.

OR… The Poles are slyly planting the seed that the Bears may take a quarterback in order to further the trade-up performance of the No. 1 pick.

It is easy. There are two quarterbacks teams need in the top four picks. Bones aren’t supposed to be, but jeans are. The Cardinals have already committed a ton of money to Kyler Murray in his new contract (and he’s the most consistent left in Arizona after the team fired its head coach and general manager), so they’re out of the quarterback race. Then there are the Indianapolis Colts, who could really use a quarterback after the Matt Ryan debacle and probably don’t want to (and can’t) commit a big salary to the position.

The fact that Houston needs a quarterback could already be enough of an incentive for the Colts or another team to get ahead of the Texans and trade with the Bears. But if you think you also have to convince Chicago not to take a quarterback, meaning they wouldn’t trade Fields for extra capital, then maybe throw in an extra pick or player to sweeten the deal.

The Poles could drive home that any team that wants a quarterback has to get one, and he can’t wait until pick three with the Cardinals. Ideally for Chicago, the Colts are the trade partner and the Bears end up with a defensive cornerstone like Alabama running back Will Anderson or Georgia DL Jalen Carter with the No. 4 pick and a host of other options to connect some of their many. other holes

However, this will be a decisive moment for the Poles and their staff, and he could already be showing that he is three steps ahead by moving three places down.