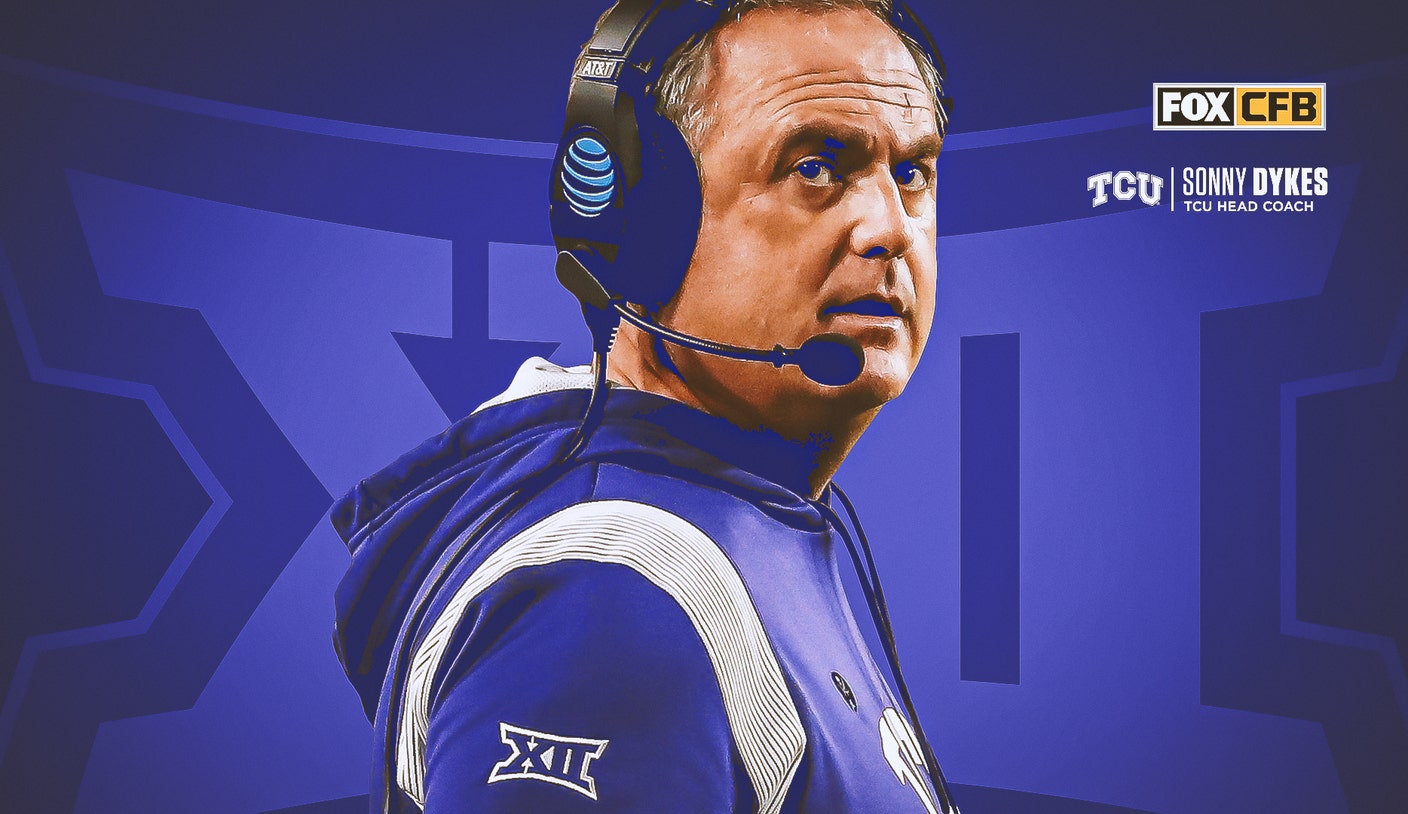 Let’s remember this little detail before Monday College Football Playoff National Championship Game: TCU was picked to finish seventh in the Big 12 before the start of the 2022 college football season.

It made sense at the time, as the Horned Frogs entered the year unranked after going 5-7 in 2021. Sonny Dykes was preparing for his first season as head coach in Fort Worth. Max Duggan wasn’t named the starting quarterback for the season opener, let alone expected to be a Heisman Trophy contender.

Fast forward a few months and the Horned Frogs have become the first Big 12 team to compete for a national title in the College Football Playoff era, where they will face the defending champion. Georgia.

TCU vs. Georgia: David vs. Goliath?

This is certainly a major coup for the Big 12, as Oklahoma is the only other team in the conference to make the College Football Playoff, going 0-4 in four semifinal appearances. Since the CFP’s inception in 2014, only teams from the SEC, Big Ten and ACC have won a national championship.

Although TCU is listed as a 12.5-point underdog heading into Monday’s championship game, Duggan and the Horned Frogs simply cannot be discounted. Michigan can give Georgia that advice from experience. The Frogs stunned the Wolverines in the Fiesta Bowl, 51-45.

“We’re good enough to compete,” Dykes said this week. “We have all the pieces here. We just have to put it all together, and we have to do things the right way. We have to be willing to pay the price. And these guys believe it. They really do. I I believed from day one.”

Regardless of Monday’s outcome, TCU’s magical run to this point is important for the Big 12 state. Longtime conference powerhouses Texas and Oklahoma are projected to leave for the SEC in 2025, but could reportedly leave as soon as 2024. So it’s important to the future of the league that teams committed to staying can compete for championships.

Texas was the last Big 12 team to play for a national title in 2009, when QB Colt McCoy was injured on the opening drive of the game, and Alabama won its first national championship under Nick Saban.

It’s been a tough run for the Big 12 over the last decade, as both the conference and this Horned Frogs program have had plenty of doubts. TCU is a small private school in Fort Worth with an enrollment of less than 11,000 students, the smallest in the Big 12. This group embodies that, and in return, it has really encouraged them to become the favorite Cinderella team from everyone this season.

“We use it as motivation, because why not?” said Quentin Johnston, TCU’s star wide receiver, who could go first at his position in the upcoming 2023 NFL Draft. “It’s one of the main things I think has led us to the success we’ve had this year.

“So, honestly, there’s going to be a lot of outside noise, people are projecting us to lose by a lot of points, but we’re going to keep doing what we’re doing and prove them wrong week in and week out.”

Will Max Duggan lead TCU’s offense to victory against Georgia?

Playing Georgia on college football’s biggest stage is arguably TCU’s toughest challenge yet. That would be the case for any team, given that the Bulldogs are on the verge of surpassing Alabama as the sport’s new power and measuring stick. But after what Dykes’ team did in Michigan, it’s not impossible for the Frogs to pull off the upset.

The Wolverines entered the semifinal with the No. 1 defense in the Big Ten. The Frogs took it as a challenge, and in return, TCU went on to rush for 263 yards and three rushing touchdowns, even after star running back Kendre Miller went down with an injury in the first half. The Bulldogs, meanwhile, have the nation’s best run defense, holding opponents to just 3.0 yards per carry and six total touchdowns. Kirby Smart’s defense limited Ohio State to just 119 rushing yards and one touchdown in the Peach Bowl.

For TCU to beat Georgia, the Horned Frogs need to establish the running game, which in turn would open up their prolific passing attack. That game plan is easier said than done against the Bulldogs’ defensive front, which features Jalen Carter, a 6-foot-3, 300-pound nightmare in the middle who could be the No. 1 overall pick in April’s draft .

Despite the loss, Ohio State did an excellent job of neutralizing Carter, but this will be a tall order for the Frogs, who have yet to face such an indomitable unit.

But then again, the more TCU hears that it can’t do something, the more likely it is to do it. Remember, this is a team that has won five games this season when it was trailing at halftime.

“I think if you had asked us before the season started, would we play for a national championship, most of us probably didn’t think we would,” Dykes said. “I thought we were capable, certainly, but we hadn’t done it together. And there’s a lot to do together. We’ve had to build the plane while we’re flying it in some ways this year.

“I think the Cinderella stamp probably started to wear off a little bit after the three-game gauntlet where we had to play three or four on the road — West Virginia, Texas and Baylor. I think at that point, our guys went start believing. , ‘OK, we’re a real football team, a battle-hardened team, and we’ve had to overcome some adversity.’ And you know what? We have a chance to make a run.”

And that is exactly what they have done.

But here they are, and ready to fight.

Can TCU threaten Georgia in the national title game

Joel Klatt discusses the matchup between the TCU Horned Frogs and the Georgia Bulldogs.