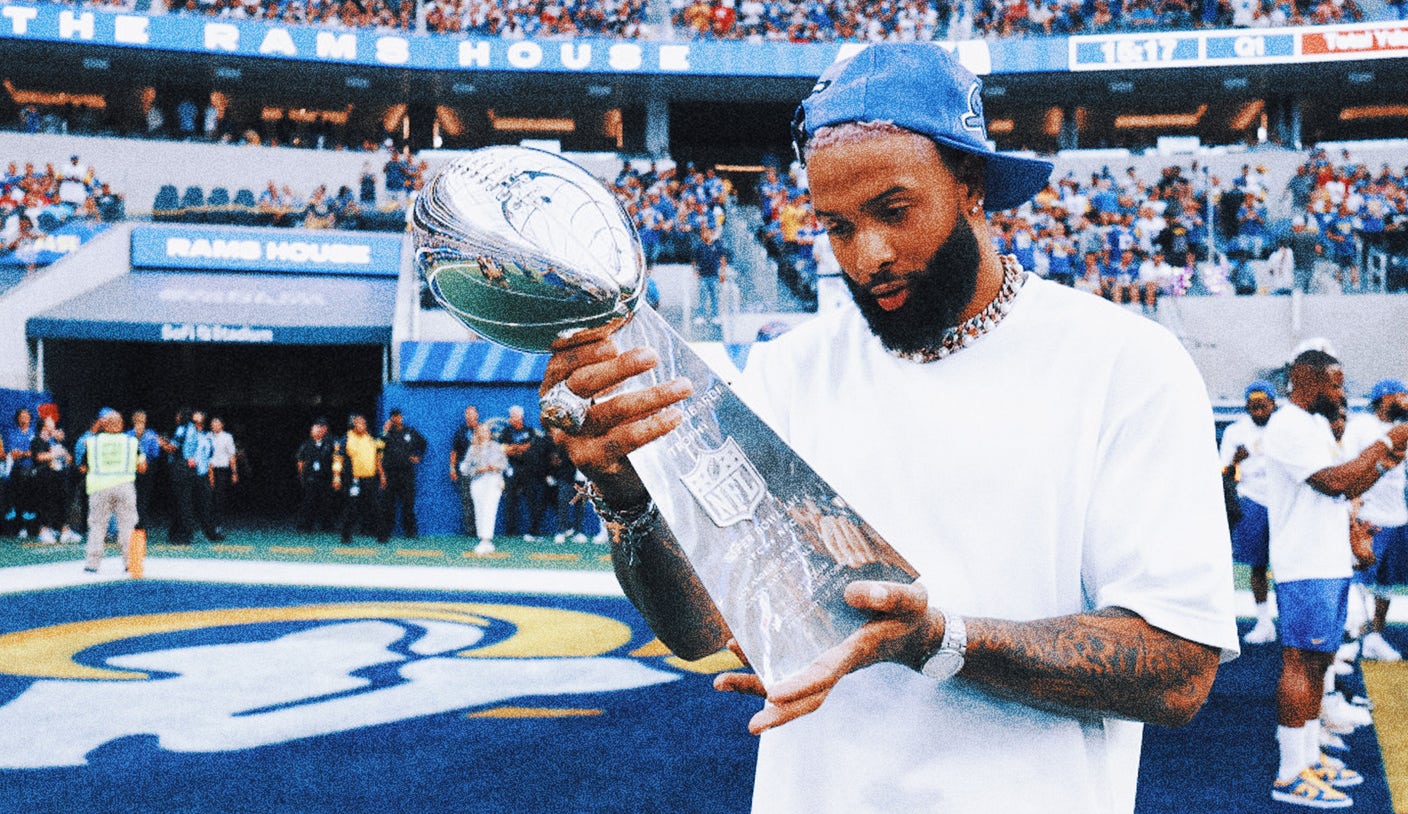 The Buffalo Bills offense isn’t firing like it should. Josh Allen is not performing at the consistent elite level we expect from him. And while it’s rare to have a chance to add a game-changing talent in Week 12, the Bills can do it.

Would they rather add a power back or a bulldozer of an offensive lineman? For sure. This is really more than they need. But Beckham is the best they can get. And it makes some sense.

Not that this offense is really sick. In Week 9, the Bills had a tough outing against the New York Jets defense, which reaffirmed its elite status by holding the Patriots offense to three points on Sunday. (New England got a special teams touchdown to win the game 10-3.) In Week 10, the Bills’ offense put up 30 points against a very good Vikings team.

Overall, Buffalo is scoring the second most points per game (28.1) and the third most passing yards per game (283.3). We’re not looking at an offense in a time of desperate need. And perhaps that’s why the Bills appear to be out of contention for Beckham, with the New York Giants and Dallas Cowboys aggressively competing for Beckham’s services. Will visit them both after Thanksgiving.

Odell Beckham Jr. noted the Cowboys’ dominance on Sunday, tweeting “they went crazy today” followed by the eyes emoji. Micah Parsons responded with “let’s go then” and DeMarcus Lawrence said “they sure did, they make the right decision.” Skip Bayless and Shannon Sharpe discuss the possibility of landing OBJ with the Cowboys.

The Bills need to get back in the mix.

Buffalo is showing greater depth of offensive production than it has in recent weeks. The Bills actually had their run game on Sunday against the Cleveland Browns. Devin Singletary had 18 carries for 86 yards and a touchdown. Even more impressive, James Cook had 11 carries for 86 yards. The rookie running back finally looks ready to bring that explosive element to Buffalo’s offense. He had runs of 29 yards, 17 yards and 16 yards in Week 11. The Bills made better use of those backs than in previous games.

As for the passing game, after several weeks of over-relying on Stefon Diggs, the Bills got tight end Dawson Knox the ball for seven catches and 70 yards. Receiver Gabe Davis also had solid numbers: five catches, 68 yards.

So you ask yourself: why go after Beckham? Because the Bills did all that against the Browns. Cleveland has allowed the second most points per game in the NFL (26.9). They are playing really bad defense. No wonder the Bills are enjoying a decent game. (It wasn’t flawless, though: Davis took a brutal second-down slump, and Allen started the game 4-for-10 in the passing game. Both players recovered.)

It would be equally surprising to see Buffalo experience offensive issues again, especially when facing AFC East division rivals the Jets and Patriots (twice). To make matters worse, the Bills will likely be in shootouts with the Lions on Thanksgiving, the Dolphins in Week 15 and the Bengals in Week 17.

It’s a tough race ahead in a division that currently has four teams with winning records.

The Bills can’t afford to let Beckham slip through their fingers. No matter how good their offense is, it has to be really special. They need more to get into the playoffs and make their Super Bowl.

In mid-October, Von Miller doubled down on his prediction that OBJ would join him as a member of the Bills. Skip Bayless and Shannon Sharpe react to the possibility of OBJ joining Josh Allen, Stefan Diggs and the Bills offense.

Even with Allen’s elite arm strength, his average depth of target (9.2) ranks eighth. This is very good, but it can be even better. Last year, Beckham had an average depth of target of 13.9. But Beckham isn’t just a deep threat. He wasn’t afraid to take the ball up the middle to move the chains. He caught 14 passes on 18 targets on short and intermediate passes between the numbers with the Rams last year.

Accounts are fully loaded. This cannot be refuted. As a result, they have virtually zero salary cap space. But Buffalo is in the YOLO phase of Allen’s career. He will play his best football for the next five years. Why not get him as many weapons as possible, especially after seeing so much inconsistency from WR2 Davis?

Beckham is set to make his decision next week. The Bills should make sure they are one of their top picks.