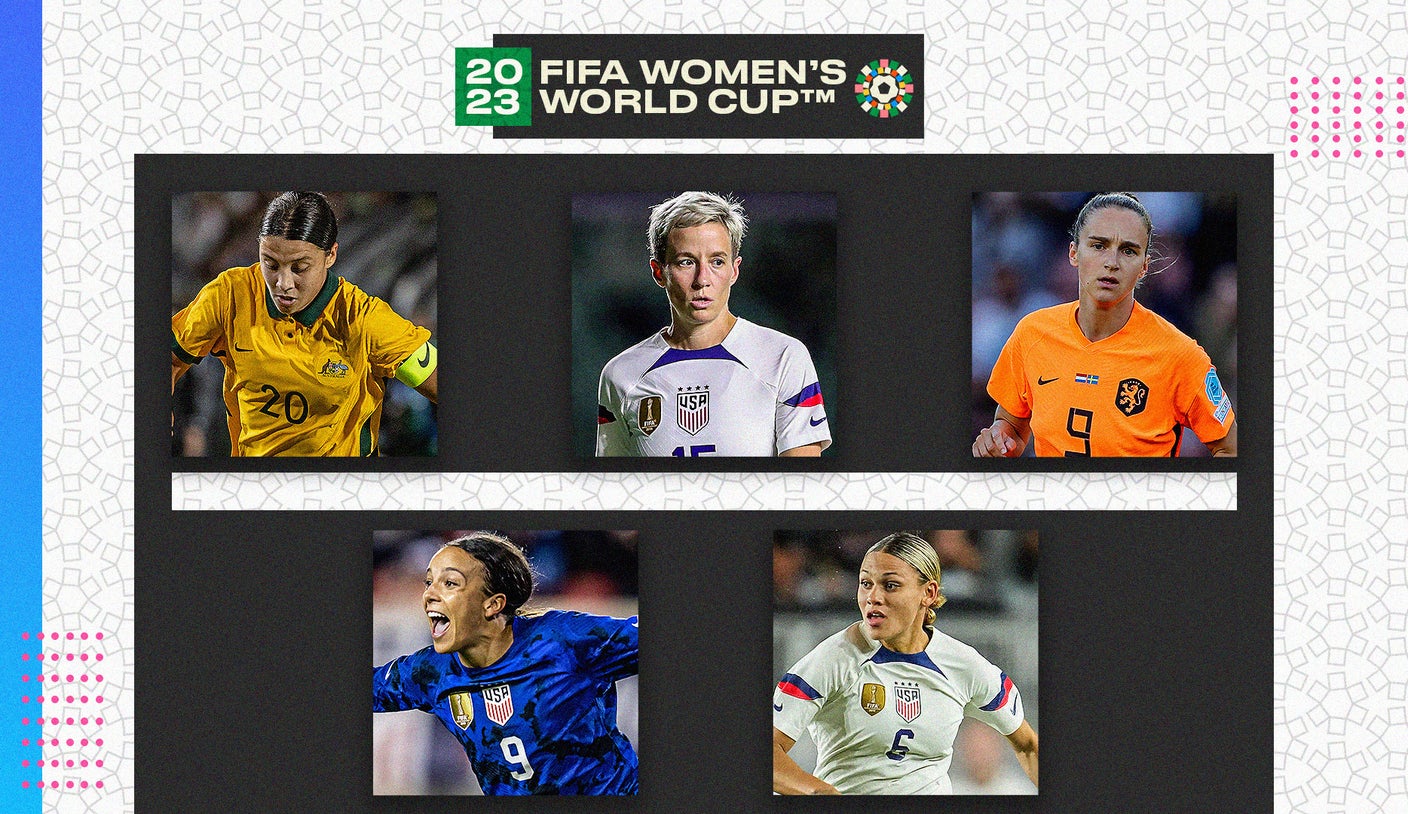 As the soccer world prepares for another monumental event, here are five things to get excited about right now.

For the first time, the Women’s World Cup has expanded from 24 teams to 32 for the 2023 tournament, showing a needed investment in women’s football around the world. Several nations will make their debuts, including Vietnam, who face the United States Women’s National Team in their opening group stage match on July 22 at Auckland’s Eden Park.

More than a billion people watched the 2019 Women’s World Cup. The final between the United States and the Netherlands – who, ironically, will face each other in the group stage next summer – was the most-watched women’s game in World Cup history, with an average of 82.2 million viewers, up 56% from the 2015 final. The 2023 tournament has even higher expectations.

However, there has been criticism that growing too quickly without the right investment would do more harm than good to the growth of the game. We should expect a few score lines like when the USWNT hammered Thailand 13-0 in the group stage of the last World Cup and got punished for it.

“If you wait until everyone is ready, you’ll never be ready,” FIFA Vice President Victor Montagliani recently told FOX Sports’ Doug McIntyre, referring to the 2003 tournament when Sweden beat Japan 8-0. but then Japan won the World Cup in 2011. .

“Women’s football is exploding around the world. So you can have some uneven scorelines, but one day you won’t. And the only way not to do that is to be a little brave.”

Can the USWNT make it a three-peat?

The Americans are looking to win an unprecedented three consecutive World Cup titles, and their fifth overall. Unlike in previous years, when the U.S. was the overwhelming favorite, there will be more challengers than ever, and Vlatko Andonovski’s team has nothing guaranteed. England, France, Germany and Canada, the latter of which won gold at the last Olympics, are all legitimate contenders.

Last week, FIFA released its updated world rankings for women’s soccer. The United States remains the No. 1 team, but by narrow margins with Germany in second place. The USWNT lost three of its last four games to close out 2022, including three in a row for the first time since 1993 in England, Spain and Germany.

That prompted harsh words from former captain Carli Lloyd, who has not been afraid to dish out criticism in retirement.

“The winning culture and mentality that has been developed over generations within the USWNT has faded away,” he tweeted last month. “I said it when I retired. I saw it slip away. The players have to embody it. That’s been our DNA since the 80s, but not so much anymore.”

He later added, “The rest of the world isn’t afraid of us anymore. They used to lose the game before it even started.”

While Lloyd may be right, we are seeing a culture change in women’s football around the world. The USA-England match at Wembley was played in front of a sell-out crowd, as was the Euro final between England and Germany. The momentum will only continue to grow during this World Cup, and the teams will continue to improve.

A farewell to the superstars

The Men’s World Cup has been a superstar showcase with the likes of Lionel Messi, Cristiano Ronaldo, Luka Modrić and Robert Lewandowski likely playing in their final World Cup matches. The women’s tournament could have a similar send-off as it could be the last time we see Megan Rapinoe play on a World Cup stage.

After winning the Golden Boot and Ballon d’Or for her outstanding performance in leading the United States to a title in 2019, Rapinoe, 37, has already accepted a new role with Andonvoski’s team . Last year, Rapinoe had conversations with her coach who told her that if she was fit and healthy, she would continue to make the roster. Not just because he’s a game-changer, but because he brings value as a leader on a team with so many young players.

“We know what Megan is capable of,” Andonovski said earlier this year. “But the thing about Megan is that she’s very important to this group. Obviously, this is a younger group that we’re bringing in, so her experience going through adversity, going through tough times, getting to the top, the His winning mentality, knowledge and understanding are invaluable to the group.”

Next summer could also be the last time we see Alex Morgan (who will be 34 when the USWNT play their first game in New Zealand), Becky Sauerbrunn (who will be 38), Christine Sinclaire (40), Wendie Renard (33), Alexandra Popp (32) and Lucy Bronze (32) also lead their respective teams in a World Cup.

The next generation of American stars

Even with Lloyd’s comments about his former team, there has been an infusion of new talent that is poised to lead the USWNT for years. Forward Sophia Smith and center Naomi Girma, who were teammates at Stanford, completely owned the NWSL season. Smith, who won the championship with the Portland Thorns, was named MVP while Girma won both Rookie and Defensive Player of the Year. Both players are expected to start at the World Cup.

Other stars to watch out for? Andonovski has said it will be tough for anyone to fill Mallory Pugh’s starting spot, Catarina Macario is recovering from a torn ACL and could be back in late February (maybe for the SheBelieves Cup?), Trinity Rodman was Ballon d’Or finalist and the list goes on.

These players have some big shoes to fill, no doubt. But their future is bright, and we should expect them to play big roles and make bigger names for themselves on football’s biggest stage next summer.

Other stars to watch out for

While American fans will be focused and cheering hard for the USWNT, there are a few more players to get to know from around the world.

Vivienne Miedema hopes to lead the Netherlands to a group stage victory against the United States on July 27. She is one of the best strikers in the world and holds the all-time goalscoring records for the national team (both in the men’s and women’s teams). .

Expect a big tournament for Sam Kerr, the leader of the host nation of Matilda. The Chelsea striker has played for the Australian national team since the age of 15 and has captained it since 2019. Kerr is Australia’s all-time top goalscorer and was also the first women’s soccer player to appear on the cover from the video game FIFA 23. alongside French superstar Kylian Mbappe.

Then there’s Alexia Putellas, two-time winner of Spain’s Ballon d’Or. Although he did not play in this summer’s Euros, or in the friendly win against the United States, after tearing his ACL, he believes he will play an important role for Spain at the World Cup. Putellas is a star in Barcelona, ​​where her club broke the women’s football attendance record twice last season at Camp Nou.

Former Ballon d’Or winner and Lyon striker Ada Hegerberg has returned to Norway after sitting out four years ago due to a dispute with her federation.

And then England could be one of the favorites to win as much as the USA. We saw Chloe Kelly have her Brandi Chastain moment at the Euros, and her rising star teammates Lauren Hemp and Ella Toone will be dangerous as they gain more experience. .

Get more from the FIFA Women’s World Cup Follow your favorites for information on games, news and more