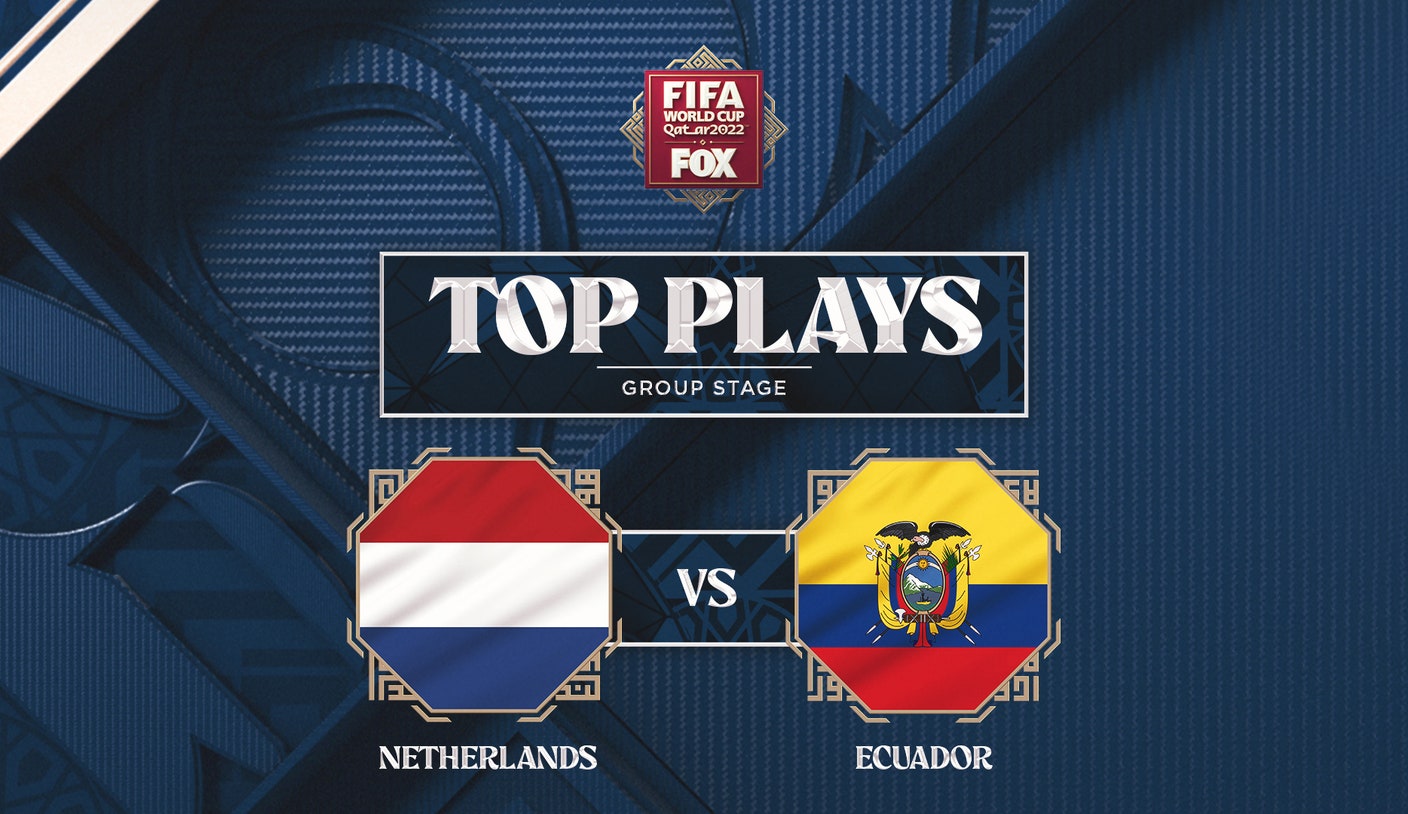 The FIFA World Cup 2022 continued with more action on FOX on Friday as the Netherlands and Ecuador battled to a 1-1 draw at the Khalifa International Stadium in Doha, Qatar. Both earned a point in Group A for their efforts.

The Dutch have extended their unbeaten run from the group stage at the World Cup to 16 games. They are unbeaten in nine consecutive World Cup games against South American teams. On the other hand, Ecuador continued their winless streak against European teams in their last five World Cup matches, scoring just two goals in those five games.

Here are the best plays.

Dutch forward Cody Gakpo wasted no time The Oranges on the board In fact, it was the fastest goal of the tournament so far, clocking in at just five minutes and four seconds.

Cody Gakpo scores a goal against Ecuador in the 6th minute of the 2022 FIFA Men’s World Cup.

Ecuador’s Enner Valencia, who scored the first two goals of the World Cup as Ecuador defeated Qatar in the opening game of the tournament, had a great shot on goal but could not connect.

Dutch goalkeeper Andries Noppert made the crucial save to keep the Dutch team in front.

Ecuador’s Pervis Estupiñán looked set to tie the game just before the break, but the goal was disallowed after a VAR review. So, at halftime it remained a one-point game.

Ecuador’s Pervis Estupiñan’s goal in the first half is disallowed by VAR in stoppage time.

Valencia found redemption in the second half and tied things up with this soft goal that left the Dutch side speechless.

Ecuador struggled in the second half. First, Jhegson Méndez received the first yellow card of the game in the 57th minute. Then it was Gonzalo Plata so close to give Ecuador the lead, but instead, his shot hit the crossbar and both teams continued to battle.

As if that wasn’t enough, the star of Ecuador, Valencia, had to leave the field with an apparent leg injury at the end of the game. Kevin Rodriguez checked on his injured teammate, but things ended soon after.