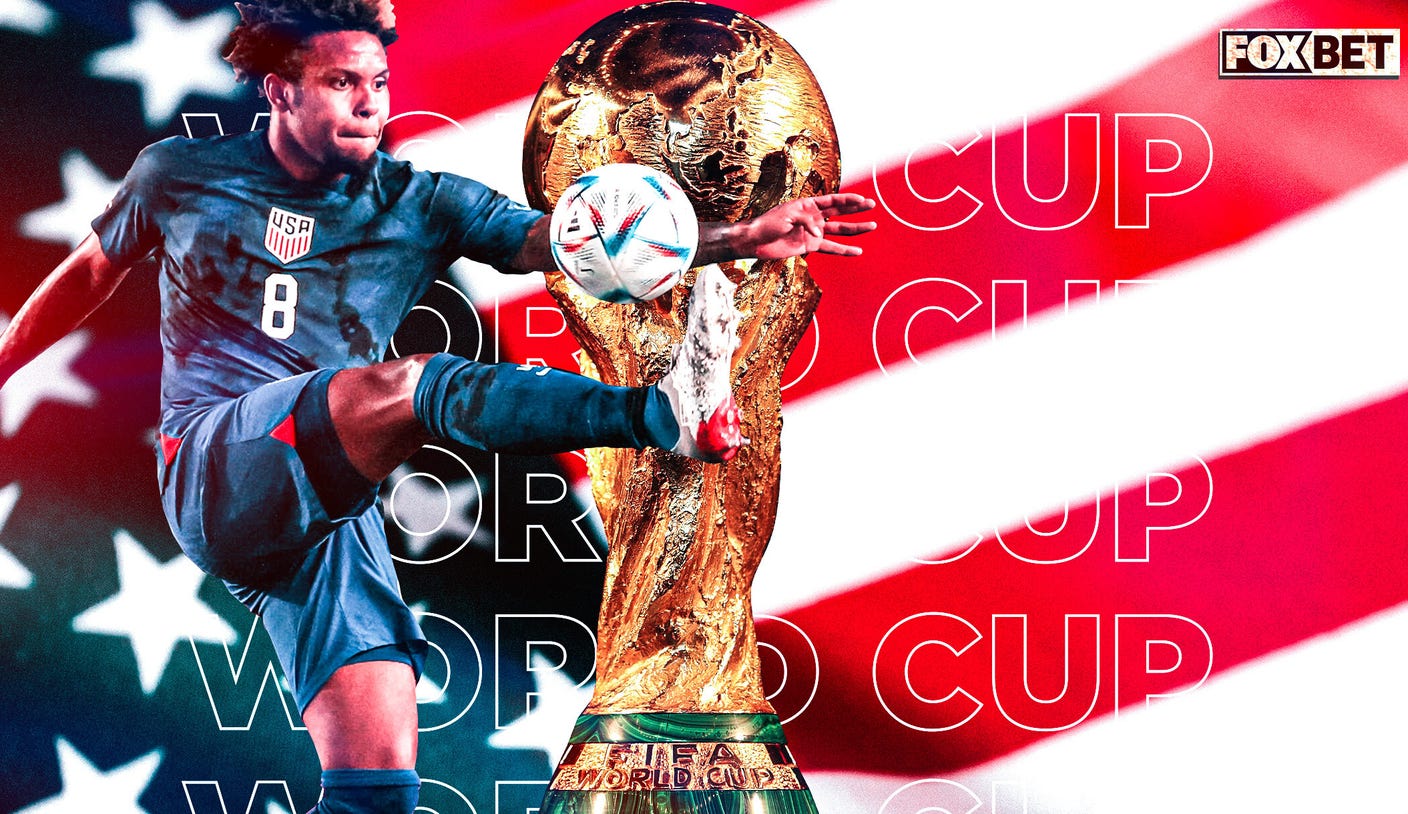 Excitement is building as the start of the 2022 World Cup on FOX approaches. The United States Men’s National Team (USMNT) is the youngest team in the tournament, and is sure to bring a lot of youthful energy to the field in Qatar, starting with their opener against Wales on November 21.

The USMNT has been heavily tipped to win the World Cup at FOX Bet. More people are betting on the United States to win than favorites and powerhouses like Brazil and Germany. But punters know that nothing is impossible in a tournament like this.

Even if you don’t think the U.S. can win it all, there are other fun ways to show your support and pocket some money in the process while betting on Gregg Berhalter’s team in Qatar.

Let’s get to my five fun ways to bet on the USA in the 2022 World Cup (with odds courtesy of FOX Bet).

How important is Christian Pulisic to Team USA at the 2022 FIFA World Cup?

Stu talks about Christian Pulisic and the role he will play for Team USA at the tournament.

TO PICK UP: Haji Wright to be the last scorer in USA v Wales match (+670 at FOX Bet)

We’ll get the risk out of the way right away: First, we have no idea how much Wright will play at the World Cup. We also don’t know if he will take the field against Wales.

But it’s clear that coach Berhalter saw something in Wright at the last camp to bring him into the team, even though the soccer experts who projected the USMNT roster didn’t have him on the final cut The 6-foot-3 Wright has fared well in the Turkish league (nine goals in 12 games), but didn’t play a single game for the USMNT in World Cup qualifying. His only goal for the United States came in a friendly against Morocco in June.

That said, I imagine Wright will enter the game as a backup. Once he gets in, he has the potential to score, which is why this bet is worth a splash.

TO PICK UP: United States to reach the quarter-finals (+450 at FOX Bet)

It may seem like a massive reach that the USMNT could make it this far, but the market suggests they will exit the group stage. If the United States finishes second in the group, their Round of 16 matchup would likely be against the Netherlands, where they would be a considerable underdog. The other two potential matches could line up against either Ecuador or Senegal. The latter would have been a big deal, except their best player Sadio Mané was injured and won’t play.

In the surprise scenario of the USMNT winning their group, perhaps the pressure gets to England? — would be favored against Ecuador or Senegal. The United States advanced to the quarterfinals in 2002 before losing to Germany. They also reached the last 16 in 2010 (losing to Ghana) and 2014 (losing to Belgium), with the latter two defeats in extra time.

I’m bullish on this young team, so this is a fun bet to make and even more fun to root for.

TO PICK UP: Weston McKennie to be USA’s top overall scorer (+1600 at FOX Bet)

McKennie hasn’t scored for the U.S. since winning the game against Honduras in February. But he’s third of this young USMNT in goals in international play (nine, behind Christian Pulisic and Jordan Morris), so the potential is there.

No one has a handle on Berhalter’s forward rotation, but we do know that McKennie is a regular fixture as a holding midfielder in the starting lineup. We also know that America’s opponents will do their best to out-plan Pulisic. Enter McKennie, who has been in terrific form for his club Juventus and could emerge as a big star for the United States in this tournament.

If you’re bullish on the USMNT making it to the knockout rounds, this is a bet you should make. In the years that the team played in the round of 16 of the World Cup this century, they scored seven goals (2002), five goals (2010) and five goals (2014). The bet is priced as if they won’t make it to the knockout rounds, but the U.S. is favored to make it out of the group. Wales and Iran aren’t formidable defenses, and even if the U.S. doesn’t score against England, getting four goals in the other three games isn’t too difficult a task.

This bet is also a fade from what we last saw: the USMNT’s offense sputtering and not scoring against Japan and Saudi Arabia in their final World Cup tune-ups.

TO PICK UP: United States to be the lowest–scoring team in the World Cup (+2500 at FOX Bet)

A decent hedge against some of these fixtures is betting the USMNT as the underdog–scoring team in the World Cup. After all, we are talking about the youngest team in the field. If the U.S. loses their opener to Wales, their entire tournament hinges on a game against England, one of the best teams in the field. In the dismal scenario of a 0-2 start, Berhalter may pull some reserves for the game against Iran, so the youngsters get some experience on football’s biggest stage.

In 2006, the United States was defeated in the opener 3-0 against the Czech Republic and scored only two goals in total. It was almost the worst at the World Cup, with Trinidad and Tobago (0), Togo (1) and Angola (1) performing worst. This year’s field is much stronger at the bottom than 2006.

Hey, we’re all on this year’s team, but this is just a smart way to cover your bases. Let’s go USMNT!