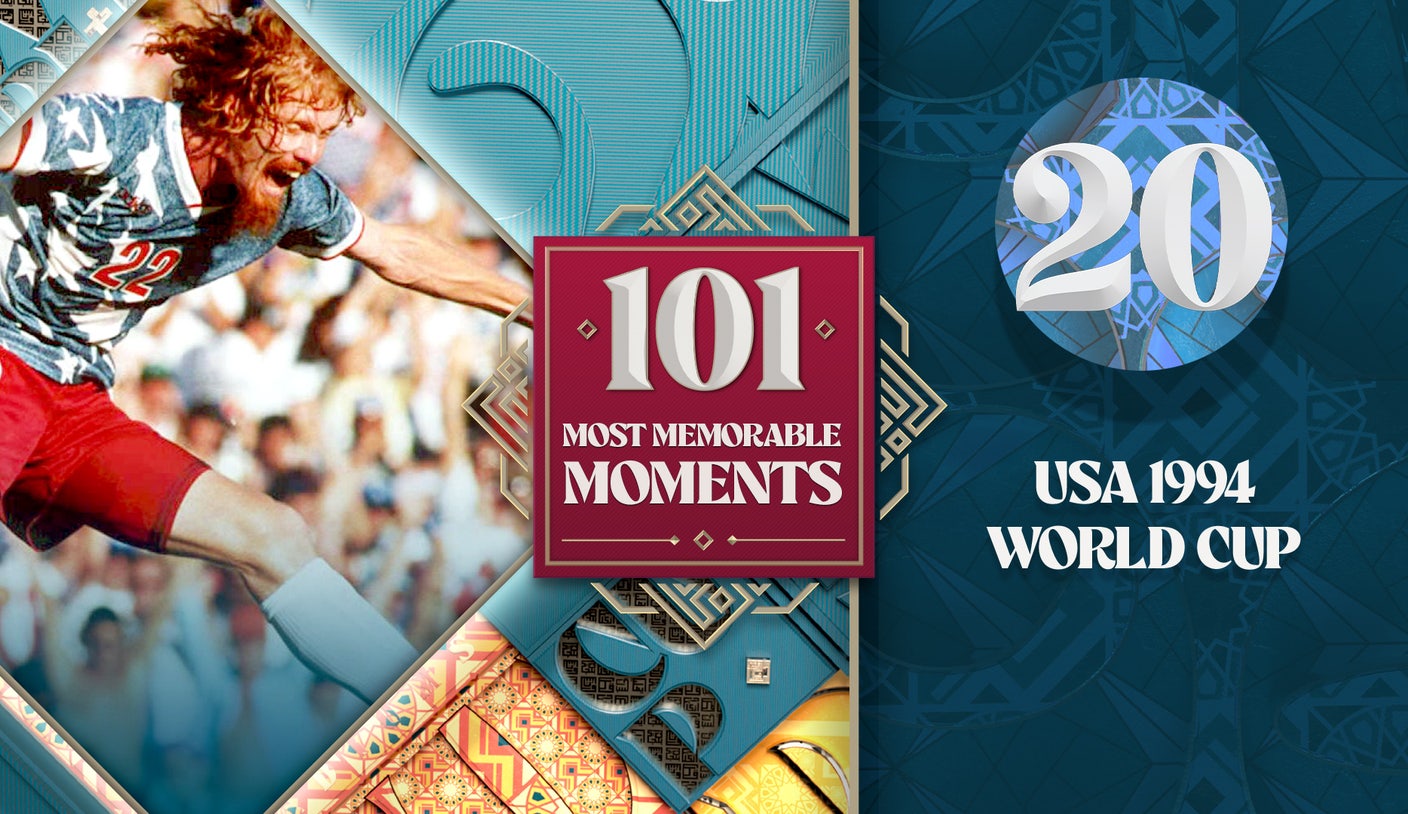 Editor’s note: Every day from now until the start of the first match of the FIFA World Cup 2022 on November 20, we will reveal a different memory from the history of the World Cup. The the countdown from 101 continues with the United States’ first World Cup on home soil.

The first 14 editions of the World Cup had one thing in common: each was hosted by a soccer-obsessed nation. Two countries, Italy and Mexico, had held the event twice. Then came the 1994 edition. Staged in the United States, that one broke the status quo.

Soccer in America was virtually non-existent on a professional or media level in 1988, when FIFA awarded the US the most popular event on the planet. With few exceptions, it was difficult to even watch matches from the top foreign leagues in the pre-internet era. So the very idea of ​​a World Cup in the United States was met with derision outside the US and widespread indifference within it. The US men’s national team had not participated in the event since 1950. Most Americans did not know what the World Cup was.

Awareness began to grow when a USMNT stocked with college players qualified, against all odds, for Italia ’90. And the U.S. had some distinct advantages: a huge expat community from soccer hotbeds, huge NFL stadiums to hold games in, and most importantly, the world’s largest and most advanced economy.

In the end, the tournament was a huge success. It is still the most attended and most profitable World Cup in history. It gave FIFA the confidence to play subsequent tournaments in emerging markets such as Japan, South Korea and South Africa. It also put the sport permanently on the map in America: one of FIFA’s conditions for hosting was that the United States start a new top division league. MLS, which will host its 29th team next year, will end its 27th season just before the start of the 2022 World Cup in Qatar.

The United States hosts for the first time

In 1994, the United States hosted the World Cup for the first time.

Doug McIntyre, one of North America’s leading soccer journalists, has covered the US men’s and women’s national teams at multiple FIFA World Cups. Before joining FOX Sports in 2021, he was a writer for ESPN and Yahoo Sports. Follow him on Twitter @By Doug McIntyre.