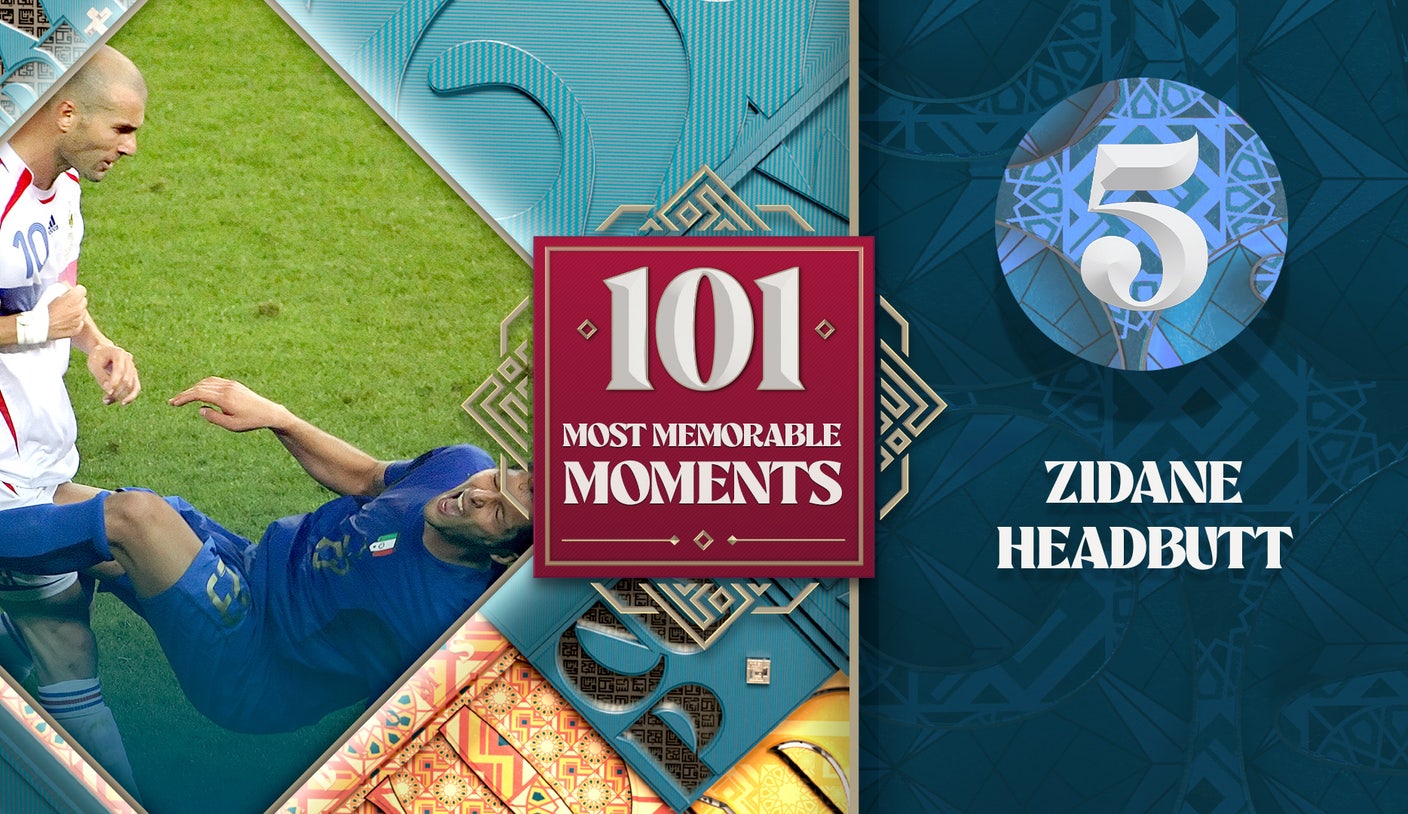 Editor’s note: Every day from now until the start of the first match of the FIFA World Cup 2022 on November 20, we will reveal a different memory from the history of the World Cup. The the countdown from 101 continues with Zidane’s header.

For the under-40s, Zinedine Zidane’s moment of madness in the 2006 final is undoubtedly the most memorable World Cup moment by some considerable distance.

What’s crazy about the French legend’s spectacular out-of-nowhere header on Italian defender Marco Materazzi’s chest is when it happened: with the score tied at one in overtime of the deciding game and the title on the line.

But it was more than that. Zidane was unstoppable at the World Cup. At 34, he had announced before the tournament that he would retire afterwards, and played every match as if it were his last. It was Zidane who had given the Bleus a first-half lead from the penalty spot with an audacious chip that fooled Azzurri defender Gianluigi Buffon, the best goalkeeper in the world at the time.

Materazzi knew what Zidane was capable of. Before the start of the extra 30 minutes, Buffon and Italy coach Marcelo Lippi pleaded with the defender to mark “Zizou” more closely. Depending on who you believe, Materazzi apologized to Zidane for pulling his shirt, explaining that he couldn’t afford to give him an inch. The war of words had begun.

The France number 10 replied that if he wanted to, he would give the shirt to Materazzi after the game. When Materazzi hit back with an off-color juvenile comment about Zidane’s sister, with the Italian later claiming he didn’t know if he even had a sister, Zidane lowered the boom.

He was sent off, walking past the trophy on his way to the dressing room. France’s momentum evaporated, and Italy won the penalty shootout and their fourth World Cup.

Zidane slammed Materazzi over an off-color comment about the French star’s sister.