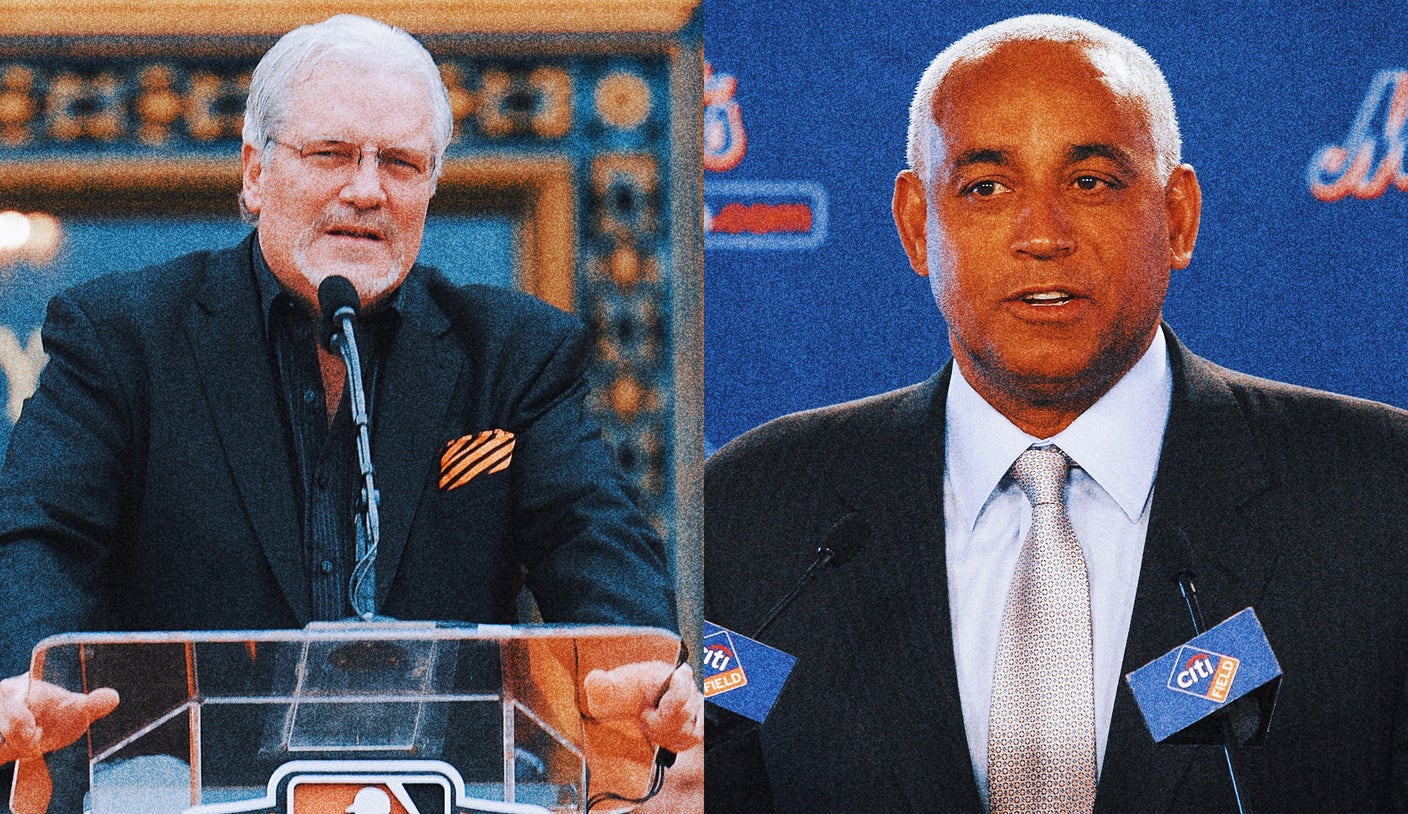 Eyebrows were raised when the New York Yankees announced Tuesday that they hired Brian Sabean, the Yankees scout and former general manager of the San Francisco Giants, as an executive adviser to general manager Brian Cashman. Before Sabean led the Giants to three world championships (2010, ’12, ’14) he was the scouting architect of the Yankees farm system that eventually produced champions in Derek Jeter, Bernie Williams, Andy Petitte, Jorge Posada and Mariano rivera

Then, for the second time this week, the Yankees announced another addition, another former and respected GM, to their revamped front office. Longtime executive Omar Minaya was named Thursday as the Yankees’ senior adviser on baseball operations. Along with Cashman, Minaya is expected to be another strong voice in the Yankees’ front office, playing a role in day-to-day operations.

Hiring Minaya has been a long-time goal of Cashman’s. Last March, the Yankees general manager tried to recruit Minaya from Major League Baseball, where he served as an amateur scouting consultant, but Minaya turned Cashman down in favor of continuing his work with the league. This offseason, when Cashman re-introduced the role to Minaya, he said “it was the right time” to join the Yankees.

Together, Sabean and Minaya bring more than 75 years of combined front-office experience to the Yankees. Together, they represent the kind of off-field upgrades that match the Yankees’ on-field signings this offseason. The Sabean and Minaya hires are designed to add compelling experiential guidance that will complement the club’s massive analytics department. The Yankees hope these additions will help them maximize their roster talent in a particularly apparent winning season.

“We have to be open to all kinds of team building,” Minaya said on a Zoom call Thursday. “I’m a big believer in the human element.”

Are the Yankees doubling down and tripling down their keen pursuit of their first championship since 2009? Are they adding reinforcements alongside Cashman because, at least in part, they believe the 25-year-old general manager could use some veteran leadership? The Sabean and Minaya hires sure make it seem that way.

Cashman has faced scrutiny this offseason due to storylines surrounding new signing Aaron Judge. While Yankees owner Hal Steinbrenner is said to have been the mastermind and closer behind Judge’s monumental nine-year deal, it was Cashman who took heat from Judge himself in a recent interview with Time Magazine. According to Time, Judge felt blindsided by Cashman’s actions.

“We kind of said, Hey, let’s keep this [negotiation] between us,” Judge told Time. “I was a little upset that the numbers came out. I understand it’s a negotiation tactic. put pressure on me It turns the fans against me, the media against me. I didn’t like that part.”

By now, most of us know that Judge is referring to Cashman leaking the financial details of the Yankees’ contract offer to Judge in April 2022. After what Judge believed to be a private negotiation, Cashman publicly announced that Judge turned down the Yankees’ $213.5 million. he had offered to keep the larger-than-life slugger in pinstripes. Several months later, in that Time interview, Judge revealed that he was genuinely scarred by Cashman’s decision to expose the team’s offer. After a historic 2022 season, Judge re-signed with the Yankees for $360 million.

Last month, at Judge’s captaincy announcement at Yankee Stadium, there was enough animosity between Judge and Cashman that a reporter asked Judge if he was on better, or even decent, terms with the general manager . Judge looked away and quickly replied, “Oh, yeah.” He quickly shut down any notion that Judge and Cashman were on bad terms.

However, that such a narrative even exists is strange for a Yankees organization that prides itself on keeping interrelationship matters private and focusing solely on winning baseball. Speculatively, the earlier rift between Judge and Cashman could have been the catalyst for the eventual hirings of Sabean and Minaya.

“[Sabean’s] The resume is Hall of Fame-like as a baseball architect and general manager,” Cashman told The Athletic. “He had a big hand in the Yankees’ world championship runs. It’s definitely something to remember people by. He was a great difference maker.”

Sabean joined the Yankees in 1985 as a scout before serving as director of scouting from 1986 to 1990 and vice president of player development and scouting from 1990 to 1992. It was during this time that Sabean drafted and developed Jeter, Posada, Rivera and Pettitte, a group later dubbed the “Core Four” for their integral role in the Yankees’ dominance in the late 1990s. For those 2023 Yankees, Sabean said on a Zoom call Tuesday that he hopes to be a “utility tool”, involving himself in all matters that require further thought or advice for Cashman.

Minaya, 64, also brings a strong background in scouting to complement nearly four decades of front-office experience. He spent the past six seasons with the Mets, serving as general manager from 2017 to 2020 and marketing advisor from 2020 to 2022. This was his third stint with the Mets after previously serving as the club’s senior general assistant between 1997 and 2002. , before serving as the Mets’ general manager from 2004 to 2010. Minaya is credited with the Mets’ major free agent signings of Pedro Martínez and Carlos Beltrán. Minaya’s work shaping the Mets’ organization helped them capture the 2006 National League East title.

With the Yankees, Minaya said on a Zoom call Thursday that he hoped Cashman and team management would listen to his opinions. That doesn’t necessarily mean that whatever Minaya says will go, but it does mean that Minaya will be involved in baseball operations, using his decades of baseball experience in potential free agent signings and trades.

“I’ve always prided myself on thinking outside the box,” Minaya said Thursday. “I’m proud of signings that no one thinks about.”

Ultimately, these Sabean and Minaya hires cover Cashman’s blind spots. Sabean’s traditional scouting eye and Minaya’s tendency to come up with loud, innovative ideas will theoretically mesh well with the Yankees’ data-driven approach to player evaluation. Having more senior leadership in baseball operations will allow Yankees management to create a balance that may be just the missing piece in their recent failure to win a championship. The Yankees hope these are the types of additions that will help close the gap on the defending champion Houston Astros.

For now, what the hirings of Sabean and Minaya tell us is that the Yankees are bullish on getting a World Series ring in 2023.